A record-tying scoring outburst enabled Hawaii to claim a piece of the Western Athletic Conference baseball title for the first time since 1992.

The Rainbows erupted for 15 runs in the sixth inning in a 24-3 road rout of New Mexico State in Saturday’s regular-season finale.

The lopsided victory enabled UH to finish in a tie with Fresno State for first place. Both teams finished with 17-7 league marks and earned first-round byes in the WAC tournament, which begins Wednesday in Mesa, Ariz.

The 21-run margin ws he most lopsided UH win since a 34-11 victory at Air Force in 1999. The 15 runs in a single inning tied a mark set against New Mexico in 1989. Hawaii outscored the Aggies 51-39 during the four-game series at the high-elevation launching pad formally known as Presley Askew Field.

Just about everyone got into the offensive act for Hawaii, which sent 19 batters to the plate during its huge inning.

UH has an overall mark of 32-23, while nationally 19th-ranked Fresno State is 37-13 going into Sunday’s non-conference game against Cal State Bakersfield. 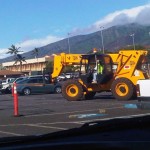