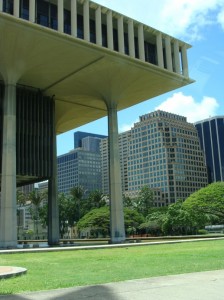 “What we’ll be looking for is obviously to be supportive of those areas where we think we need to go for our future,” said Gov. Abercrombie at a press conference today.  “The two most pressing ones, from my point of view right now, will be in energy, and in food security, and support for small business, transportation, etc.,” he said.

Gov. Abercrombie said funding will help move the state’s economy forward.  “We have tremendous opportunities and potential in our clean energy, film, high-tech and other innovative industries. We must take advantage of these opportunities that will create good paying jobs for our local families, lead our drive toward self-sufficiency and bring dollars into our economy,” said Gov. Abercrombie.

The funding was made available through the U.S. Department of the Treasury, which approved of the state’s application to the State Small Business Credit Initiative (SSBCI) program. The program was established through the Federal Small Business Jobs Act of 2010.

Lt. Governor Brian Schatz, said the funds will provide a much-needed boost to the state’s most innovative start-up companies.  Richard Lim, the Director of the state Department of Business Economic Development and Tourism said the investment will raise productivity and create good jobs in all areas of the economy.

The HSDC will use the investment funds to:

HSDC is currently in the process of developing a plan to deploy the funds to worthy businesses.

The announcement was one of two federal partnerships being announced by the Governor’s office today. The other partnership is an agreement between the state and NASA to be announced later this afternoon. 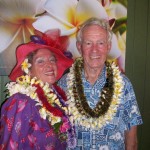