Maui Police reopened the Honoapiilani Hwy (30) at 2 p.m.  The Kihei-bound lane of traffic was temporarily closed following a traffic accident on the Kihei side of the Pali Tunnel.

Vehicles have since been moved to the side, and the highway is completely open.

Motorists can expect some delays as traffic resumes its normal flow.

Also on the roadways, Maui Police reopened Piikea Avenue in South Maui at 2:15 p.m. following a motor vehicle accident near the Piikea Shopping Center.  The accident was reported at around 1:15 p.m. on Piikea heading towards the Piilani Highway.  The accident has since been cleared and the road is open for travel.

Motorists traveling to or from Lahaina at this hour are advised of a traffic accident in the Pali area of the Honoapiilani Highway (30) on Maui.  The accident forced the temporary closure of the Kihei-bound (south-bound) lane of traffic at around 1:45 p.m. on Wednesday, June 22, 2011. The accident was reported just south of the Pali Tunnel.

Motorists can expect a delay in their commute.  We will update this post as information becomes available. 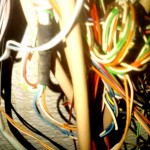 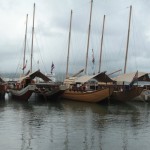