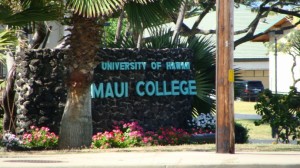 Tuition at the University of Hawaii Maui College will drop $69 to $248 per-credit-hour for the 2012 Summer session for Hawaii resident undergraduates.

The reduction in summer tuition rates was approved today by the University of Hawaii Board of Regents as an incentive for Hawai‘i resident students to enroll in summer classes.

“We know that the costs of higher education are a concern for all of our students, and we hope to help alleviate some of that concern by making summer classes more affordable,” said Linda Johnsrud, UH executive vice president for academic affairs/provost.

The decrease to $248 per-credit-hour was approved for all except the flagship UH Mānoa campus, which will follow its current tuition schedule of $350 per-credit-hour.

The university aims to increase the number of graduates by 25% by the year 2015 under its ’s Hawai‘i Graduation Initiative.  One of the keys to achieving this goal, UH administrators say, is decreasing the time it takes students to earn a degree.

“Enrolling in summer session courses is a great way for our students to accelerate their degree completion and graduation,” said Johnsrud.

UH officials say that for the most part, state-appropriated funds do not subsidize summer courses and campuses need to cover their direct instructional costs with tuition.

Going forward, authorities say, summer per-credit-hour rates will be set and posted on an annual basis during the prior fall or spring semester. 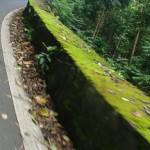