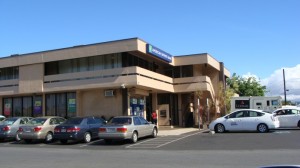 American Savings Bank announced today it has raised over $200,000 through its new annual employee giving program named Kahiau, which, in Hawaiian, means to give from the heart without the expectation of anything in return.

“Kahiau is the perfect description of the spirit of generosity and caring for our communities that I have seen consistently demonstrated in the actions of so many of our teammates since my first day here,” said Rich Wacker President and chief executive officer of American Savings Bank, in a written statement.

The Kahiau program is designed to magnify the impact of American employees’ personal charitable donations to selected local community organizations based on their outstanding reputations and alignment with the bank’s community development philosophy.

Over a three and a half week period, American employee contributions combined with matching funds from the HEI Charitable Foundation totaled $204,000.  In appreciation of employees’ generosity during the Kahiau campaign, the bank has designated February 14 as “We Gave From the Heart” Day where employees will sign giant Valentine’s cards that will be presented to the participating non-profit organizations.”

Beyond the money that the organizations received from the Kahiau program, American employees have worked side-by-side with them and various other organizations, contributing more than 9,000 hours of volunteer work over the past few years through its Seeds of Service program and other community collaborations.

“I believe that this approach – combining financial support and personal engagement –helps local community organizations make a greater impact in building our communities and contributes more significantly to each organization than simply collecting and making monetary donations,” said Wacker.

“I cannot thank American Savings Bank and its employees enough for the very generous and wonderful contributions to Child and Family Service (CFS). American employees have sent a strong message of belief in the importance of what we do for children, youth, families, kupuna and the community,” said Howard Garval, president and chief executive officer of CFS.

“This could not have come at a better time for CFS and the people we serve.” 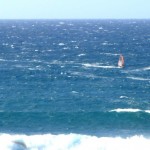