On a beautiful day with perfect conditions, Maui’s north shore waters become a stew of surfers from all over the world, trying to catch the same waves.

Naturally, this can cause conflict amongst surfers when deciding who gets to ride next.

Maui surfers  Albee Layer and Billy* shared their opinions with Maui Now on how surf politics work on the north shore, where the waves are as big as some surfers’ egos.

Being one of the prime surf spots in the world, Ho’okipa gets a flux of all types of surfers every day.

Some are visiting, some catch a good wave and decide to live here, and others have grown up here, knowing Ho’okipa as their beloved home-break. 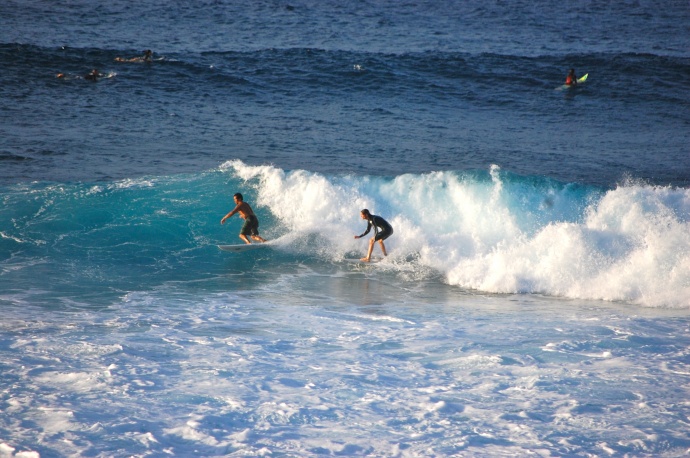 The general rule of surfer etiquette is simple, at Ho’okipa and beyond: whoever can get to the height of the wave first gets the wave.

When conditions are at their best at Ho’okipa, this basic rule is disregarded as surfers get into turf wars, fighting for who has the right to the most waves. 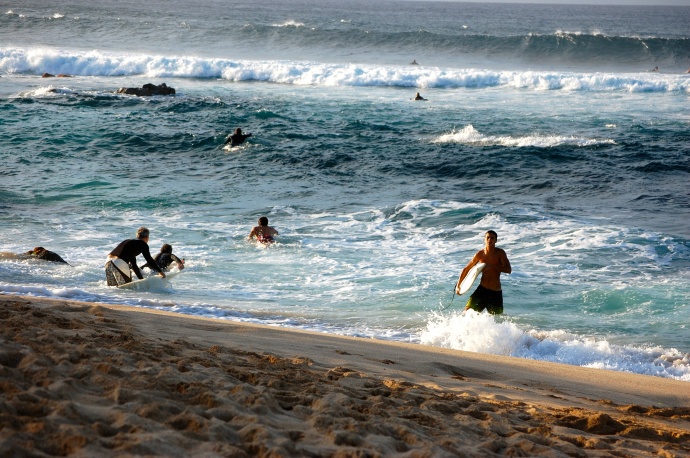 Surf traffic on a busy day at Ho'okipa. Photo by Madeline Ziecker.

“If a guy has been surfing Ho’okipa since he was five and a lot of immigrants come to the island during his lifetime, he may feel invaded at his home spot. It could push him to do something that may look a little nasty, but I respect that. He can burn me. I don’t want to look for a fight.”

“If it’s a great day with the best conditions at a popular surf spot, you can bet that the locals will be especially territorial and they might not let you drop in.”

“In smaller  waves you don’t have to know what you’re doing to go out. Then there are a lot more instances where people get hurt, run-over, or into fights.” 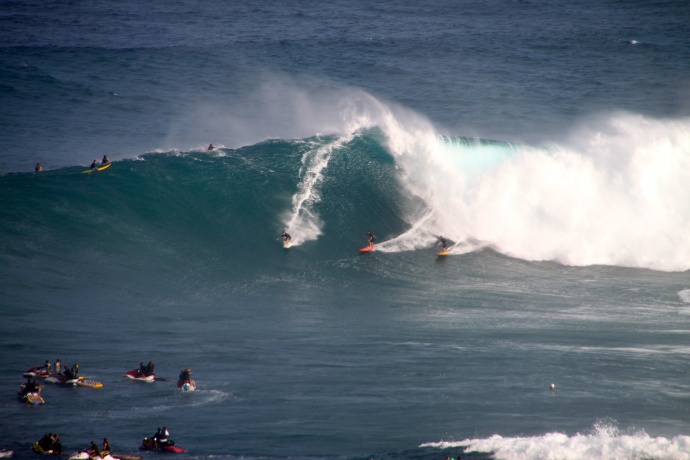 Both Layer and Billy agree that Jaws is less of a hostile environment than Ho’okipa because most people who surf there are more concerned with safety than rivalry. They go there to do some serious surfing.

“The waves regulate themselves for the most part because most of them are too scary for most people to go on; so if you want a wave you can pretty much catch it,” said Layer.

“When Jaws was breaking a couple of weeks ago, tow-in surfers waited for hours to go out because they acknowledged that it was unsafe to tow with so many paddle surfers.”

“There was a natural balance to it because the paddle surfers who ate it got rescued by the jet-skis. Towers had something to do after all.”

*Not the person’s real name. 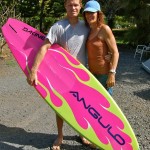 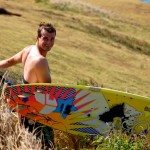