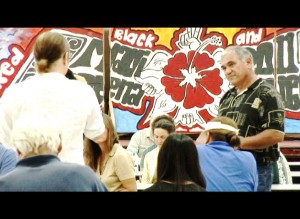 William Aial Jr., Chair of the Department of Land and Natural Resources heard testimony from Maui residents at two meetings on the Valley Isle. He now heads to Lanai for similar meetings. Photo by Wendy Osher.

The state Department of Land and Natural Resources will host a listening session on Lana`i later this month to hear community comments, questions and concerns regarding topics under the department’s jurisdiction.

Similar meetings were held on Maui in September, and on Molokai in October.  During the Maui meetings, discussion surfaced on water management in Waihe’e, axis deer control, and the dredging of Lahaina Harbor.

Management responsibilities extend from the mountains to three miles out to sea from Hawaii’s coastlines. 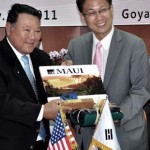