“The new Monterey to Honolulu route will be the first direct flight connecting the two cities and is estimated to provide up to $12 million in visitor expenditures and $1.4 million in tax revenue annually.”

In addition, the carrier will offer introductory fares for as low as $199 one-way, including taxes and fees. Flights are available for booking through Jan. 15, 2013.

“We are pleased to expand our presence yet again in Hawaii with additional nonstop service to Honolulu from Monterey,” stated Andrew C. Levy, the president of Allegiant Travel Company, in a written statement.

“Allegiant will offer nonstop, low-cost service to seven mainland cities by November, with Las Vegas service beginning in June. We anticipate the new service will be very popular, especially when customers take advantage of great deals by bundling their air, hotel and car rental.”

The new flights will operate one time weekly between Monterey Regional Airport (MRY) and Honolulu International Airport (HNL). Flight days and times and additional information on the $199 introductory fares can be found at allegiant.com. 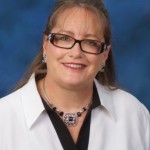