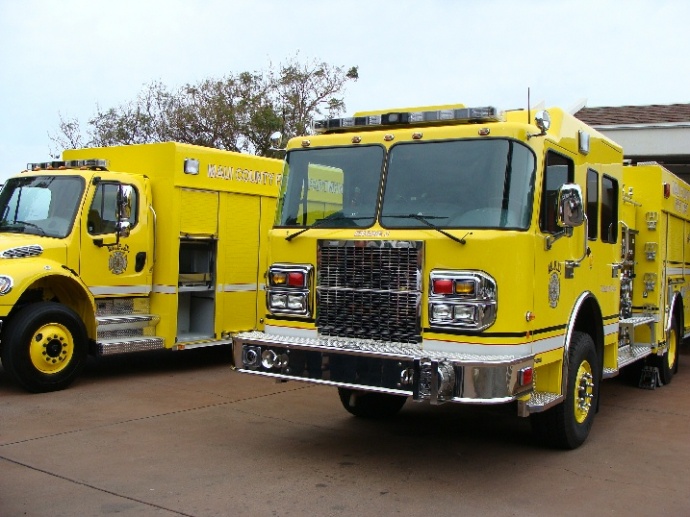 Crews responded to a separate fire at 11:57 p.m. along the Honoapiilani Highway near Papalaua Street.  The fire burned an estimated 500 square feet.  Crews from Ladder 3 had the fire under control by 12:17 a.m. and extinguished by 12:34 a.m.

Maui Fire Services Chief Lee Mainaga said both fires are “very suspicious” because of the time and proximity.

There were no witnesses and investigation did not find any devices, Mainaga said.