The single whale was spotted about four miles outside of Ma’alaea Harbor at 9 a.m. on Monday, October 15, 2012.

The captain and naturalist aboard the PWF’s Ocean Voyager vessel reported seeing the whale blow twice and do a fluke-up dive.

While the report is believed to be the first official sighting of the season in Maui waters, it is not the first in the state.  The National Oceanic and Atmospheric Administration reported a sighting off Honokohau Harbor on the Big Island of Hawai’i on August 31, 2012.

Another whale sighting was reported in the agency’s blog today (October 16).  At 8:30 a.m., the PWF’s vessel Ocean Quest reported sighting a lone juvenile whale in the channel between Maui and Lana’i.

Humpback whales migrate to Hawai’i on an annual basis during the winter months to mate and give birth.

The Pacific Whale Foundation kicks off its whalewatch season on Saturday, November 24, at which point they guarantee whale sightings on all of the company’s whalewatch cruises through mid-May.

Whale search cruises will begin before then in early November for educational and sight-seeing purposes.

The presence of the whales will be celebrated during the annual Maui Whale Festival, which includes a fun run and walk for the whales, a paddling event, free talks, special cruises and the annual Parade of Whales and Whale Day celebration. 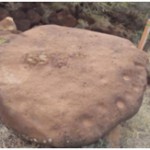