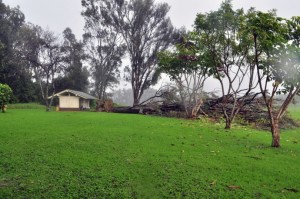 Road Advisory Makawao: 4:50 p.m. 1/4/13: Meha Road in Makawao is blocked by a large tree that fell across the roadway. Crews from the county of Maui, MECO, and Hawaiian Telcom are working to clear the blockage. There is no estimated time on when the work will be complete.

Road Advisory Olowalu: 5 p.m. 1/4/13: There are some tree branches temporarily blocking one lane of travel on the roadway near the Olowalu Store. Crews are responding. Motorists are asked to use caution and drive carefully in the area.

Fallen Trees: County officials reported a large tree had fallen at the Fourth Marine Division Memorial Park in Upcountry Maui. The incident did not have an immediate impact on operations.

Olinda Power Outage: Update: 4:15 p.m. 1/4/13:  An outage in the Olinda area continued to affect about 100 customers at last report, according to Maui Electric Company spokesperson Kau’i Awai-Dickson. The outage was initially caused by a downed tree. Awai-Dickson said service was restored following the initial outage, but a downed tree took down service again.

Weather Forces Do-Over of Hyundai First Round: Weather issues forced the void of Friday scores at the 2013 Hyundai Tournament Champions. Due to unplayable conditions, caused by winds gusting at more than 40 mph, officials stopped play, and cancelled all scores from the opening round.

Tournament officials say the first round is set for a do-over on Saturday, with an earlier start of 7:30 a.m. to make up for lost time.  Play was suspended shortly before 12:30 p.m. due to high wind, and another delay due to wind came shortly after 12:45 p.m., with a subsequent announcement that Friday’s play was cancelled for the day.

When the decision was made 2012 US Open champion Webb Simpson was in the lead.  Tickets for Friday will be honored as grounds tickets on any day throughout the rest of the week. Fans can bring their Friday ticket at the gate on any day and exchange for a daily grounds ticket. 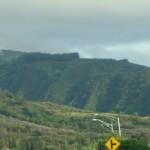