Maui police have since identified the body of a missing fisherman pulled from waters off of Pilale Bay in Haiku on Monday as that of Harold Mangantulao.  The 30-year-old Kahului man was fishing with two friends prior to his disappearance, said Maui police.

According to statements, Mangantulao went to pick opihis by himself at around 10 a.m. on Monday, March 11.  The man’s friends noticed that he was not around and set off to look for him at around 12:30 p.m., police said.

According to police reports, the man’s friends noticed that the waves were too large to pass, and did not see Manguntulao anywhere in the area.  They they hiked back to the top of the bay to report the man missing, said police.

The man’s body was pulled from the water at 3:10 p.m. by fire rescue personnel, and he was pronounced dead on scene at 3:39 p.m., police said.

An autopsy will be conducted to determine the exact cause of death. Police say no foul play is suspected at this time. 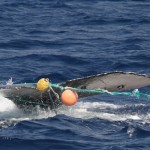 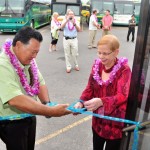