The National Weather Service issued another flood advisory for the island of Maui after a previous one expired at 11 a.m.

The new advisory was issued at 1:58 p.m., and will remain in effect until 5 p.m. due to heavy downpours that forecasters say are developing upslope from Makawao and Huelo.

The NWS reports that heavy showers were also forming upslope from Hāna to Kīpahulu.

Heavy rain continues over the East Maui area of Hāna, prompting the extension of a flood advisory until 11 a.m. on Tuesday, May 28.

The National Weather Service reports downpours anchored over the east slope of Haleakalā, upslope from the Hāna and Kīpahulu areas.

Forecasters from the NWS say other locations in the advisory include, but are not limited to Kaupō, Nāhiku, and Keʻanae.

The public is advised to stay away from streams, drainage ditches and other low-lying areas that are prone to flooding.

Motorists and pedestrians are reminded never to cross fast-flowing or rising water in their vehicle or on foot.

Authorities say the advisory may need to be extended if heavy rain persists. 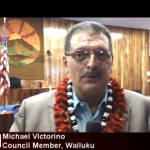