Governor Authorizes Directors to Determine Release of Employees Due to Flossie

The state administration anticipates the release of some employees in Maui and Hawaiʻi Counties today and/or tomorrow, to the extent the storm progresses as currently anticipated, officials from the governor’s office announced in a press release this afternoon.

All department directors were given the delegated the authority to determine whether to release employees from work due to the effects of Tropical Storm Flossie, Gov. Neil Abercrombie announced.

In a press release statement, he said, “Given the uncertainty about the effects of the storm and the diverse nature of departmental operations at each location, our directors are in the best position to make this decision.”

“Each department will assess then determine the employees who can be released and, if so, when the release is appropriate,” said Gov. Abercrombie.

Directors may determine whether employees on Oʻahu and Kauaʻi should be released tomorrow or later in the week, the announcement said.

According to officials in the governor’s office, the following categories of employees are unlikely to be released from work, barring unforeseen circumstances: 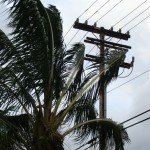 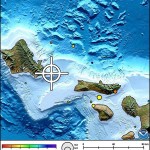 No Tsunami Threat to Hawaii After 3.5 Oahu Quake