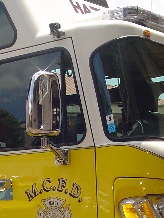 Fire fighters utilized water streams to dissipate the vapors from the gas leak, said Maui Fire Services Chief Lee Mainaga, who notes that there were no injuries reported.

According to FS Chief Mainaga, trouble shooters from the Hawaii Gas Company arrived and stopped the leak by closing an isolation valve located on the corner of Front Street and Pāpalaua Street.

Businesses and those who were evacuated from the area were allowed to return when an all-clear was issued at 1:15 p.m., Mainaga said.

Emergency crews are responding to the area of the Old Lahaina Center following a reported gas leak of a one inch high pressure line at the facility reported within the last 10-15 minutes, said Capt. Bram DenHaan.

Crews are currently implementing evacuations of the Old Lahaina Center and neighboring residences and businesses as a precaution, authorities said.

According to Capt. DenHaan, the department’s hazmat crews from Kahului are responding, as well as firefighters from Lahaina, and fire crews from Wailuku.

Motorists can expect a slight slowdown in traffic along the Honoapiʻilani Highway (30) in the area due to closed off side streets. The highway itself remains open.

All roads that were closed because of response to a reported gas leak in the area are now OPEN. 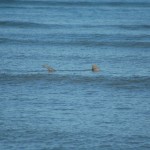 Beneath the Surface: Sharks in Perspective 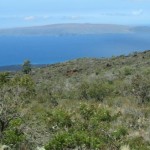