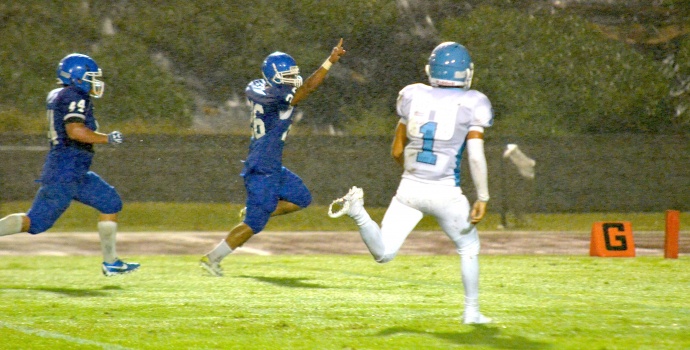 From start to finish, it rained at War Memorial Stadium.

From start to finish, the host Sabers attacked the visiting Saint Francis Saints scoring 26 points defensively, including the first touchdown on the opening play of the game.

From start to finish, Saint Francis never quit, despite falling behind 39-0 at halftime and playing the second half with a running clock under Mercy Rule.

Maui High head coach David Bui cited his team’s 51-0 rout Friday night of the small school from Oahu as the “most complete game” victory under his tenure. 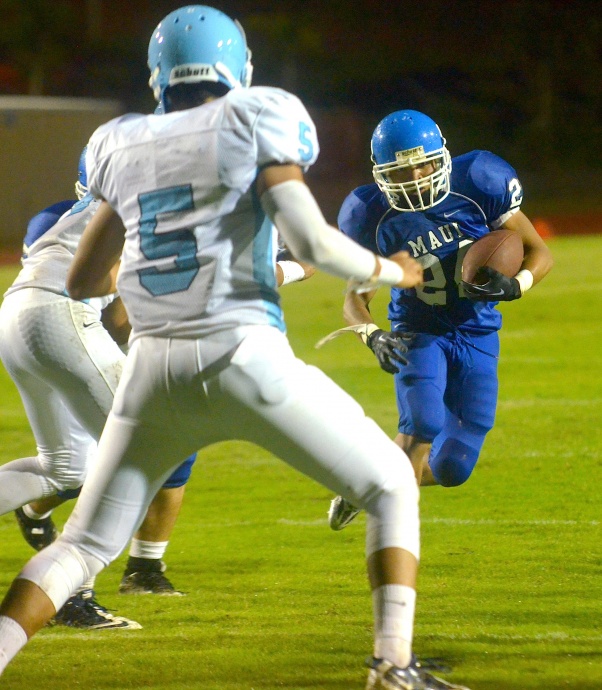 In contrast, the Saints struggled to move the chains, protect the football, and execute a center snap to the punter with their backs to the end zone. The result was two interceptions returned for touchdown and four safeties for Maui High.

“It was one of our most complete game’s and being this early in the season it was a pretty complete effort in all three phases of the game,” said Bui. “We did what we were supposed to do in all three areas. Now we want to build on that and try and continue that.”

For Saint Francis, the rainy weather only added to the Saints’ frustration. Friday’s contest marked the school’s varsity football debut in Division II of the Interscholastic League of Honolulu, no less.

The Saints, who were winless in junior varsity action last year, suited up 28 players Friday. Saint Francis will host Drumheller of Canada on Aug. 24 before lining up against nine-time defending Division II champion Iolani on Aug. 30.

When asked to grade his team’s performance, Bui said: “It’s hard to tell right now, that Saint Francis team is young. They have a great future, but they are young. We also have room for improvement, so it’s hard to grade ourselves.”

“We were working on our base stuff and we feel pretty good about the way our kids came out and played. We are just trying to add depth and get some kids playing time at this point in the season.” 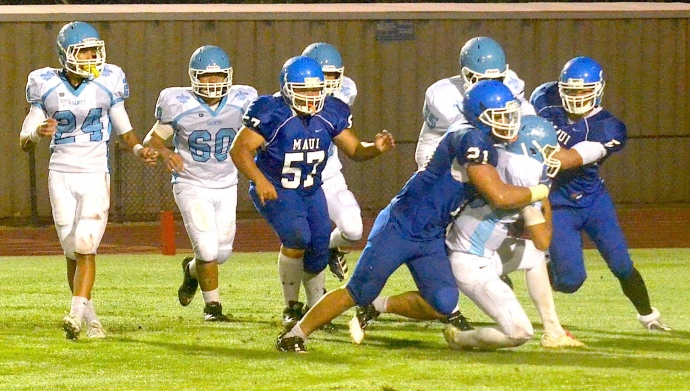 By jumping out to a big lead the Sabers were able to substitute freely.

“We had a lot of guys out, so there were a number of kids that had to play on both sides of the ball.

“We know our defense is going to be pretty good, so we wanted to see how our boys played offensively and on special teams. We felt pretty good about the way we moved the ball. We wanted to really take care of the ball and do the little things well and I think we did pretty good.”

In the first half, Maui High rolled up 224 yards in total offense compared to Saint Francis’ 57. The Sabers held the Saints to minus-28 yards for the game.

The Sabers’ impact player of the game was junior outside linebacker Lucas Ibanez, who returned a fumble 32 yards for a touchdown, returned an intercepted pass 47 yards for touchdown, and sacked the Saints’ quarterback Blaze Umiamaka in the end zone for the team’s fourth safety midway through the third quarter. 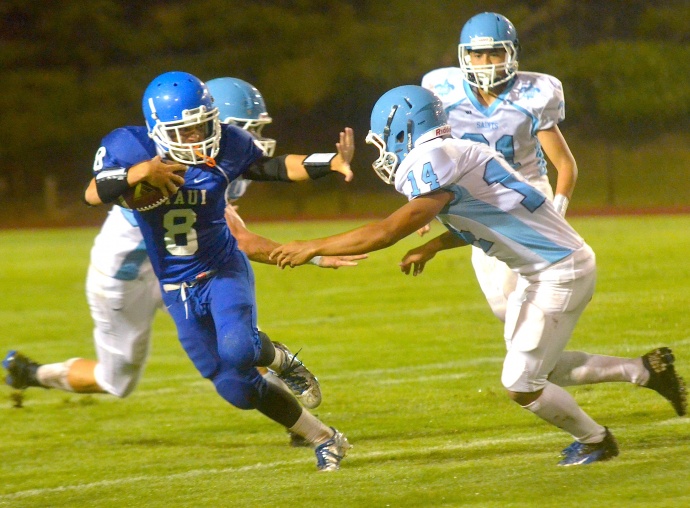 lucas was the most impressive, he got his job done and he did it well, so we are very happy that we have him there.

“Our linebackers are like the quarterbacks on defense and you have to have guys who can make plays at that position,” Bui added.

“I came into the game with a lot of pre game jitters and I just tried to used it to my advantage,” said Ibanez.

On the fumble return: “It was a screen pass and Andre (Pierman) made the tackle and the ball flew out. It was on the ground for a second and my instincts just took over.” 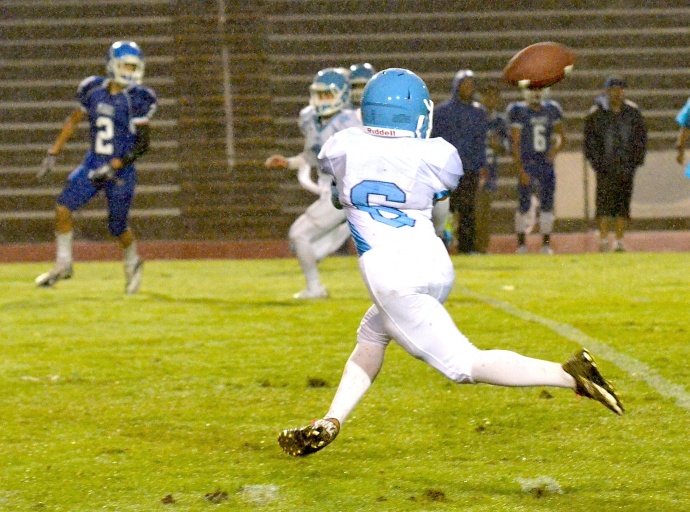 On the safety: “They were running the option and my guy was the pitch man. They had a bad snap and quarterback ran into the end zone and tried to give it off and I just took that as my chance to get him.”

On the interception return: “I guess his first read was the slot receiver running a quick out and I gave him a little bit of room so he looked open. Then as soon as the ball left his (the quarterback) hands I just took off and the ball was right there.” 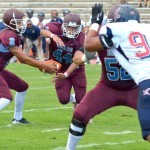 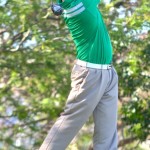