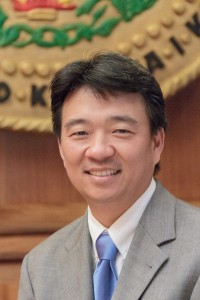 Acting Governor Shan Tsutsui announced a temporary hiring freeze on vacant positions in the Executive Branch on Friday, saying it is necessary to conserve dwindling financial resources in light of the ongoing federal shutdown and upcoming debt ceiling deadline.

“As the federal government shutdown approaches its third week, we continued discussions with department directors and decided to take a proactive approach toward minimizing the impact on our state by instituting a temporary hiring freeze on vacant positions,” said Tsutsui in a press release statement.

“The deadline for raising the federal debt ceiling is also quickly approaching, and we are acting now to ensure we are best prepared for the potential financial impact,” he said.

The temporary hiring freeze was authorized on Friday under an Executive Memorandum from Finance Director Kalbert Young, and became effective immediately.

Departments that are exempt from the freeze include: the state Department of Education, Hawaiʻi State Public Library System, Hawaiʻi Health Systems Corporation, and University of Hawaiʻi.

“The State of Hawaiʻi is being pragmatic about what federal and state services it can financially cover over any prolonged period,” said Young in a press release statement.

“While we do not know how long the shutdown will last, we do know that departments are already struggling to cover missing federal funds and they are worried about what could happen to all public services if promised federal funds do not return immediately,” he said.

Young said “looming matters” like the debt limit issue will adversely affect the state and national economy, as well as many public programs. “By curtailing state expenditures, we may be slightly better prepared to fund public services longer. All of the state’s revenues, including general and special funds, could be affected,” he said.

State officials have been assessing day-to-day impacts caused by the federal shutdown and have been in contact with Hawaii’s congressional delegation.

According to Tsutsui, the hiring freeze is expected to be only a short-term and temporary measure. 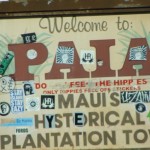 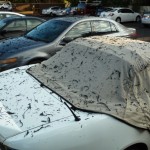