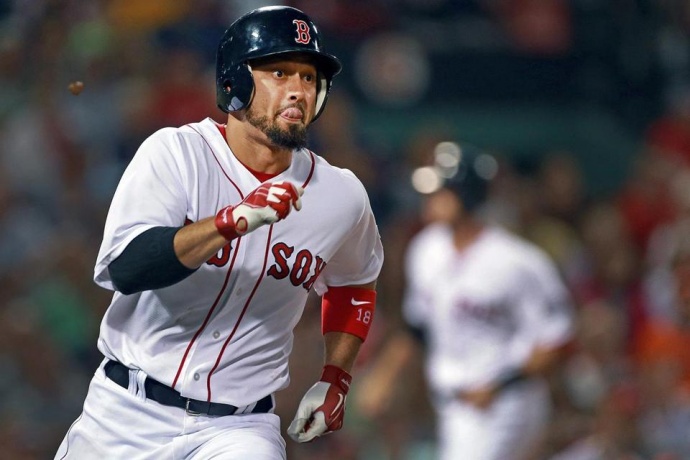 Maui’s Shane Victorino will be playing in his second World Series in six years starting today in Boston. Photo by Jim Davis of Boston Globe.

The 2013 World Series will have a local flavor when it starts today with St. Louis at Boston for Game 1, beginning at 2:30 p.m. (Hawaii Standard Time) on FOX television.

St. Louis Cardinals manager Mike Matheny announced Tuesday that rookie reserve second baseman Kolten Wong, a former Kamehameha-Hawaii and University of Hawaii standout, would be on the roster for the World Series.

Wong will be in the opposite dugout of Red Sox starting right fielder Shane Victorino, marking the first World Series involving players from Hawaii on opposing teams.

Victorino is the pride of Maui, a former Wailuku resident and St. Anthony School star, who in 2008 helped the Philadelphia Phillies capture the World Series championship.

Wong is reportedly one of 13 Cardinal position players available for the series. Wong was hitless in five at bats in the playoffs, all coming off the bench.

Last Saturday, Victorino was the talk of Boston and the 50th state as his grand slam propelled the Red Sox to a 5-2 win over Detroit in Game 6 of the American League Championship Series and into the World Series.

“You know,” he said, basking in the afterglow of the win on the field with his teammates, “you live for moments like these.”

As he rounded third and headed toward a mass of red jerseys at home plate, Victorino pounded his chest so hard he suspected he bruised his sternum. He later made it clear his celebration was not meant to disrespect the Tigers.

“I don’t like when teams show that kind of emotion,” he told sportswriter Jackie MacMullan of ESPNBoston.com. “And I hope they understand it was a special moment for me, for the city.” 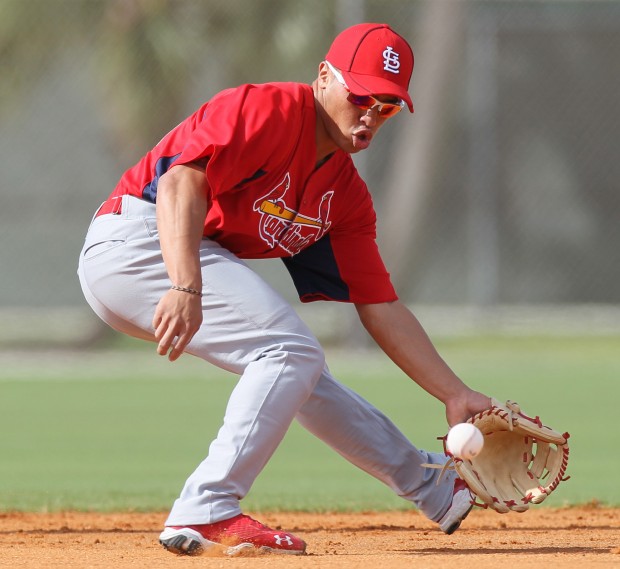 Former Kamehameha-Hawaii and University of Hawaii star Kolten Kaha Wong is on the St. Louis Cardinals roster as a reserve second baseman. Photo courtesy of www.stltoday.com. 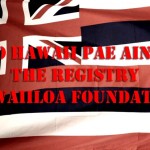 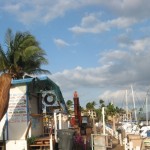