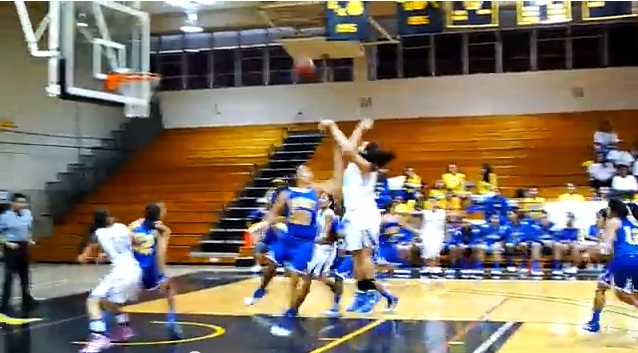 The road to overcoming both hurdles began Thursday with a 65-41 win over Maui High on the opening day of the Waiakea High School Girls Basketball Tourney.

“I felt pretty good about tonight,” said Hilo head coach Ben Pana. “First game of the preseason, had to shake some of the rust, but overall we did pretty well. We did better than what I expected.”

All components of Hilo’s game came through in the game’s opening stages. The offense sparked an 11-0 run to open the game while the Vikings’ defense forced 11 first half turnovers. Maui, however, would finish the opening quarter on a 13-2 run, guided by a pair of three-point shots from Liana Tanaka and Jordyn Vega.

Vega finished with a team high 11 points while shooting 3-for-10 from the field. She was 2-for-7 from beyond the arc and 3-3 from the foul line.

Hilo’s defense continued to dominate the flow of the game, forcing 10 more turnovers in the second quarter while holding Maui to 2-for-13 shooting from the field.

“Defensively, we did real well,” Pana said after the game. “I liked our ball pressure and defending the passing lanes.”

Alexis Pana found her offensive groove in the quarter, hitting all three of her field goals to help push Hilo to a 9-0 run over the quarter’s first 3:10.  The sophomore finished with 12 points on 6-for-9 shooting while adding four rebounds and a pair of assists.

Hilo (1-0) couldn’t miss for much of the third quarter, shooting 8-for-11 to help push its lead to 19 points by the end of the third quarter. Aliyah Pana, the older sister of Alexis, was 3-for-3 in the quarter including a pair of free throws and a made trey that bounced off the rim four different times before dropping in. She led the Vikings with 13 points and seven rebounds.

If anyone was looking to go deep into the numbers to find Hilo’s flaws, they would find 23 turnovers and 47.1% shooting (16-for-34) from the free throw line.

Shalyn Guthier added 12 points for Hilo, four coming in the fourth quarter. The Vikings shot 51.1% (24-for-47) from the field. On the positive end, the Hilo defense forced 32 turnovers, forced the Sabers to shoot 26.4% (14-for-53) for the game, and tallied nine assists.

Kea`au senior Taylor Pocock scored a game-high 24 points, but it wasn’t enough to overcome the size and patience of the Hawai`i Prep Ka Makani.

Two Big Island representatives who suffered heartbreak in last year’s state championship games are opening the season away from home.

Honoka`a and Konawaena are participating in the eight-team, three-day Kaiser Girls Basketball Preseason Tournament on Oahu. The field includes defending Division I state champion Kamehameha-Kapalama and Division I powers Punahou and Lahainaluna.

Honoka`a fell 70-39 to Roosevelt to open the tournament Thursday. The Dragons were out scored 27-1 during the third quarter to add to what was already a 14 point halftime deficit. Hunter Liftee scored 10 points to lead the Dragons.

Konawaena, meanwhile, was just over a minute away from looking at either overtime or a loss. After Kaiser dominated Konawaena 21-8 in the third quarter, the Wildcats fought back and took the lead with just over a minute to play and held on to a 47-45 victory.

Jasmine Perea made her Konawaena varsity debut and led all scorers with 20 points and nine rebounds. She shot 9-for-11 from the field. Chanelle Molina followed with 10 points, five rebounds, and three assists. 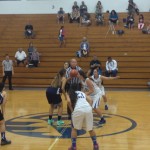 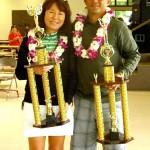