The list of nominees was handed down by Maui Mayor Alan Arakawa, and is for terms beginning on April 1, 2014, and expiring on March 31, 2019, unless otherwise indicated.

Committee Chair Riki Hokama recommended that nominees to the Cost of Government Commission, the Maui County Cultural Resources Commission, and the Public Works Commission, be deferred to the next committee meeting to allow sufficient time for the Council to make an appropriate final decision.

Timothy Means, who was nominated to the Real Property Tax Review Board had since withdrawn his name from consideration, and was disapproved by request.

All other nominees to other commissions included in the nomination list were placed on a list for committee approval.  That list of nominees includes the following:

All nominations must be approved or disapproved by a March 30, 2014 deadline.  If left undetermined, the nominations will be deemed approved.

Executive Assistant to the Mayor Mike Molina commented on the nomination of Archie Kalepa and Charles Hirata to the Maui Fire and Public Safety Commission, saying, “the administration looked at these two nominees — they are both recently retired first responders — and the administration felt that having the eyes of first responders on the commission would be very helpful.

Public Works Director David Goode called it an “exciting moment” following the passage of an ordinance that consolidated four of the existing boards and commissions into one entity. The consolidated entities include: the Subdivision, Engineering and Standards Committee; Traffic Safety Council; Outdoor Lighting; and the Commission on Naming Streets, Parks and Facilities.

“All those four, we took the responsibilities, made some minor adjustments, and then folded them into the Public Works Commission,” said Goode, who hopes to use the commission in part as a sounding board for department ideas and initiatives.

The commission must include three professional engineers on the board and one person knowledgeable in Hawaiian language. Of the two alternates, one is required to be an engineer; and of the nine members on the board, one needs to be from the island of Lānaʻi and one from Molokaʻi.

The department has secured the fourth Wednesdays of every month for the meetings at the Planning Conference Room. One of the first orders of business will be adopting the rules of order, and voting on the chair and vice chair.

“I think we’ve got it all teed up and we look forward to its final implementation, which was really a cost of government recommendation about three years ago,” said Goode. 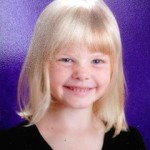 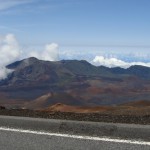