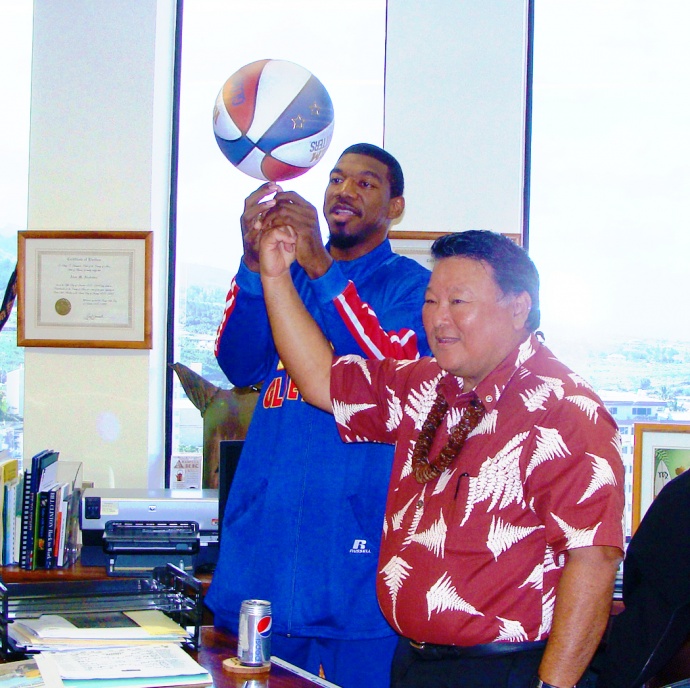 Harlem Glob Trotters with Mayor Alan Arakawa during a visit in 2012. File photo by Wendy Osher.

The world famous Harlem Globetrotters will bring their 2014 “Fans Rule” Tour to Hawaiʻi from April 25-28, 2014, including a newly added game on Maui.

The Maui game will kick off the Hawaiʻi series, with a 7 p.m. game set for April 25th at the War Memorial Gym in Wailuku.

The team was last on Maui in 2012 and are known for their hilarious hoops, silly skills and crazy court action.

Tickets for the Maui game go on sale this Thursday, March 27th at 10 a.m., and will be available at on the Harlem Globetrotters Hawaiʻi website and at the Maui Arts & Cultural Center‘s box office.

Tickets are $30 for general admission and $65 for VIP, with group discounts available for Girl and Boy Scouts, Teams, Companies, and big families by contacting Stafanie Lamm.

The team is visiting Maui as part of a tour which also includes stops on Oʻahu at the Honolulu at Blaisdell Center on Saturday, April 26 at 2 p.m. and 7:30 p.m.; in Kailua-Kona on Hawaiʻi Island at Kealakehe High School on Sunday, April 27 at 3 p.m.; and in Lāʻie on Oʻahu at the George Q. Cannon Activities Center at BYU-Hawaiʻi on Monday, April 28 at 7 p.m. 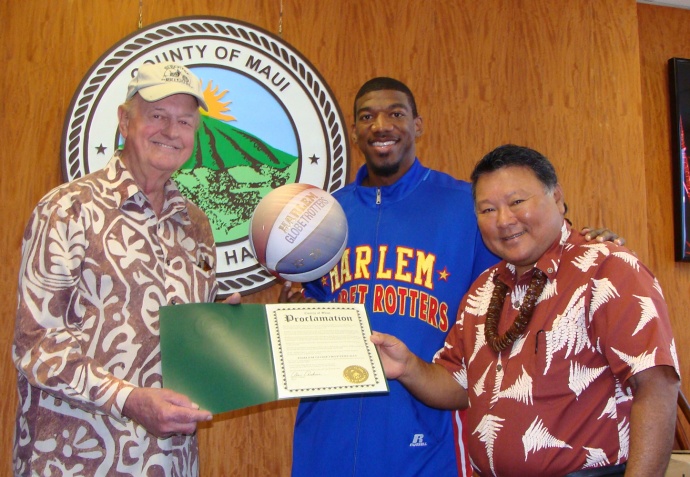 File photo from the 2012 Harlem Globetrotters visit to Maui, by Wendy Osher. 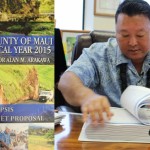 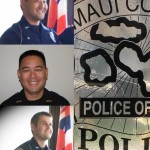