Maui County’s revenue from real property tax is projected to be $261 million, up $36 million over last year, if the mayor’s proposed rates are adopted for the Fiscal Year 2014 Budget, according to an announcement made by Budget and Finance Committee Chair Mike White.

White said the committee today discussed revenue projections upon receipt of a certified list of the net taxable value of real property in the county from the director of finance.

According to White, the list shows a $36.35 billion valuation, up $2.84 billion from the year before.

“With property valuations increasing, taxpayers will need to pay higher property taxes, even without an increase in real property tax rates,” White said in a committee press release. “It’s critical the committee understand how these rising valuations will impact the county’s revenue stream before we consider increasing tax rates across the board.”

Real property taxes are considered the county’s largest revenue source, according to White.

In addressing committee members today, Scott Teruya, administrator for the Real Property Tax Division at the Department of Finance said, “60% of our homeowners have a net taxable value of less than $250,000, and are paying less than $765 for their annual property tax.”

Chair White took time to explain how the committee addressed the issue in previous years saying, “For three years the administration came to us with the concept of revenue neutrality — that was in order to increase tax rates so that the county wouldn’t lose all the funds they needed with which to operate.”

White used fiscal year 2010 as a base year for comparison for actual taxation, and what it would have been had the rates been left unchanged.

“Had we left the rates the same, with a drop in values, we would have lost roughly $28 million; however, we increased tax rates, and by doing so, the shortfall was only $17 million. So that year was a $10,271,000 tax increase, or approximately 5%,” he said.

“What it boils down to is that … with this year’s values, and applying the 2010 rates, we’re effectively paying taxes of about $58 million more than we would had we stayed at the 2010 rates.  So, over the last four fiscal years, the revenue neutrality, and the tax increases from last year have resulted in us asking the community for approximately $165 million that we would not have gotten had the rates simply stayed the same,” said White.

White said the reason rates are moved is because of a need to reflect financial needs. “At the same time, the fact that we have reached out to the community and asked for more money, I’m a little concerned has made us feel like we’ve got more to spend — hence some of the sizable increases we’re facing,” said White.

“I share these three items with you just simply for you to use in your own thoughts and deliberations,” he said. “We have asked the community to step forward when values dropped by increasing the rates. Now the values are going back up.”

He posed the question, “Is it consistent for us to turn around and say, well, values are going up so now we can take the value increase and add a tax increase on top of that?”

“I know that the public is watching what we are doing, and we’ve all heard that nobody is terribly excited about raising taxes,” White said prior to adjourning the committee meeting.

The committee is scheduled to head out to a public hearing in Hāna on Tuesday, April 22 at 6 p.m.; and then resume committee deliberations in the council chamber at 10 a.m on Wednesday, April 23, 2014. 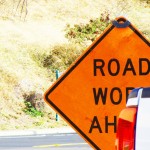 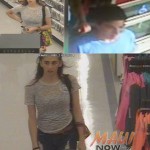