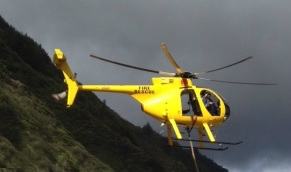 An 18-year-old Kahului man was airlifted to safety on Saturday after being swept into the ocean by a large wave in the Kailua area of East Maui.

The incident was reported at around 3:07 p.m. on Saturday, April 4, in the area sometimes referred to as the “Puka Maui Trail,” fire officials said.

According to department reports, the man was hiking along with seven other friends on the trail off of the Hāna Highway, when he was knocked into the water by an unexpected wave.

When crews from the Pāʻia Fire Station arrived on scene, they were informed by friends of the man that he swam around the point and was on shore in the next bay over.

Fire officials say friends had been trying for several hours to get to him, but were unsuccessful due to steep terrain and decided to call for help.  Pāʻia Fire Captain Ben Bland said there was a large easterly wind swell and ocean conditions were considered “quite rough.”

The fire department’s Air 1 helicopter was dispatched, and a Kahului rescue crew airlifted the man to a landing zone set up on Hāna Highway where the man declined to be seen by paramedics.  He reportedly suffered only minor bumps and scrapes, according to fire officials.

“This latest incident comes a little over a month after a similar one, and bears strikingly similar circumstances to an ocean accident that ended tragically for two Maui teenagers on President’s Day weekend,” said Maui Fire Captain and Acting Fire Services Officer Edward Taomoto in a department press release.

In that incident, a Kahului woman was swept into the ocean by a wave and her male friend jumped in to save her.  Both drowned before help arrived.

“The Kahului man in yesterday’s incident was very fortunate to have walked away with his life,” said Capt. Taomoto.

The Maui Fire Department offered the following tips to hikers, ocean goers and those venturing out near the shoreline: 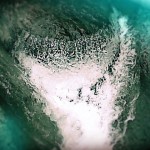 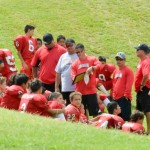