Hilda continues to move west at 3 mph. Maximum sustained winds are still at 45 mph as the system hangs on to tropical storm status.

The track has again been nudged farther south but we need to remember that we are still very exposed to the wetter, stronger side of the storm and 4 to 8 inches of rain are expected for the Big Island and southeast Big Island slopes could even see up to a foot of rain. Some of that moisture could spread as far north as Maui County. Slow-moving Hilda has had some effects on our forecast guidance. The Flash Flood Watch which is posted for the Big Island has been delayed and now is set to go into effect at 6:00 a.m. Thursday. Due to the expected weakening trend and westward motion of the system, the Tropical Storm Watch posted for the Big Island has been dropped. The Tropical Storm Warning for all offshore waters has also been cancelled.

As of 11 a.m., Hilda was located southeast of Hilo, moving to the north-northwest at about 3 miles per hour. The system still has maximum sustained winds at 45 mph. There has not been much change with the system since the last update. All weather alerts and advisories remain posted at this time. If Hilda continues to track west or weakens further the tropical storm alerts may be dropped later today.

No significant changes with regard to track and intensity. Maximum sustained winds are still at 45 mph and most forecast guidance remains unchanged. The system is moving slower, however, just 1 mph in a north-northwest direction.

As of the 5:00 a.m. Central Pacific Hurricane Center update, Hilda has maximum sustained winds near 45 mph and continues its weakening trend. Strong high level westerly winds continue to take their toll on the system. Hilda is expected to be a tropical depression by tonight or Thursday when it drops below 39 mph and a remnant low by Thursday night.

The system is moving northwest near 5 mph and this general motion is expected to continue today followed by a gradual turn to the west and an increase in forward speed tonight through Thursday night.

Remember, just because the track was shifted south yesterday doesn’t change the fact that we are still on the stronger and wetter side of the storm. The Big Island is still in for a lot of rain with the NWS predicting 6 to 12 inches of heavy rainfall and up to 18 inches in higher terrain.

As Hilda nears we may see an increase in wind speeds if the current Hilda forecast holds. Given the forecast path, the Big Island stands to be more likely to see most of the moisture from Hilda but some moisture could still spread north to the smaller islands. A flash flood watch remains posted for the Big Island from tonight through Friday night.

All weather alerts that were in effect yesterday are still in effect today. For a detailed list of the those alerts for Maui County go to this link.  Click here for today’s surf report.

If Hilda stays on its current track, the current weather forecast calls for mostly cloudy skies in Maui County Thursday and Friday. Breezy conditions are expected with easterly winds blowing from 15 to 25 mph. Locally heavy rainfall is possible with a slight chance of thunderstorms. Frequent showers are expected for windward areas with numerous showers forecasted for leeward areas. A more detailed forecast will be posted once the situation shakes out a bit more. 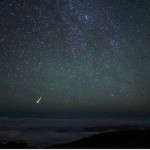 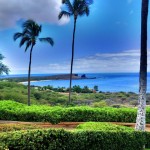