Firefighters rescued a man along the King’s Trail in Kanaio after he became lost while hiking alone in South Maui.

The 19-year-old man from Coeur d’Alene, Idaho, had started his hike at around 1 p.m. on Monday from Wailea.

He called 9-1-1 dispatchers for help at 7:12 p.m., when darkness set in and he was unable to find his way back. Dispatchers used GPS technology to track the man’s location to the shoreline area of Kanaio, about four miles east of La Perouse Bay.

A ranch employee at ʻUlupalakua assisted by using an ATV to access a two mile lava rock trail, and located the hiker just west of the Auwahi Windmills.

The man was brought to awaiting fire crews along the Piʻilani Highway at around 9:30 p.m. Officials say the man was uninjured, but really thirsty, as he did not bring any food or water with him.

A battalion chief drove the man back to Kīhei where he had been staying with friends. 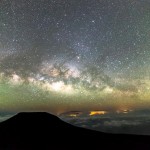 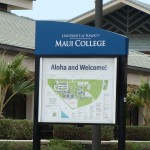