An opening ceremony for the 2015 Maui Aloha Classic will be held at 9 a.m. this Wednesday, Oct. 28, at Hoʻokipa Beach Park along Maui’s North Shore.

The blessing is open to the public, and spectators are invited to watch the event over the next two weeks.

The event is back again this year for the fifth time, featuring top windsurfers from across the world who will compete on Maui’s North Shore from Oct. 28 to Nov. 10, 2015. 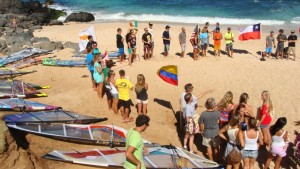 The event is part of the American Windsurfing Tour and features Pro, Amateur, Youth, Women, Master and Grand Master divisions. It also marks the conclusion of both the AWT’s and the Professional Windsurfing Associations 2015 seasons.

Contest organizers say there is a large swell in the forecast.

The competition will kick off following the ceremony with Pro Trial heats.

Permits allow contests officials to conduct competition on 11 out of the 14 day event period, with a formal closing ceremony at the Maui Arts & Cultural Center from 7 to 11 p.m. on Tuesday, Nov. 10, 2015. 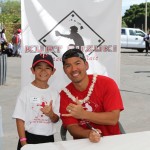 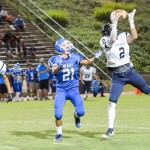