Leoda’s Kitchen and Pie Shop in Olowalu started its Thanksgiving Thursday special back in October, offering a plate of freshly-roasted turkey with all the trimmings for $14.95 (or $16.95 with a pumpkin pie slice). And there seems to be some very thankful diners, considering it’s become the most successful special the restaurant has ever run.

“It’s broken all records that we have for any of our specials, it’s brought quite a crowd in,” says Leoda’s sous chef Codeh Davis. “We’ve had people waiting in line at 3:30, perfectly content to sit here drinking ice tea until 4 o’clock so they can have their Thanksgiving dinner. So it’s really overwhelming, but I’m always up for a challenge.”

There were initially plans to offer a Thanksgiving sandwich on Fridays using the leftover turkey, but Davis says, that hasn’t happened because there are simply no leftovers! The meal is so popular, in fact, it’ll stay on as a regular special, past Thanksgiving. It fits in naturally with what Leoda’s is known for: A “Grandma’s kitchen” feel with quality comfort food “made with love, made with aloha,” according to Davis. You can also add “local” and “natural” to that description.

“Anything that we can buy that was just picked that day or caught that day or cut that day, that’s what I get excited about,” Davis says. “One of my favorite things about Leoda’s and about the company we work under is how much we get and put into the island. We get a lot of our produce from farms that we own. And I try to feature that as often as possible on all parts of our menu; all aspects, even breakfast is going to have some nice fresh vegetables ready and available from our farms.” 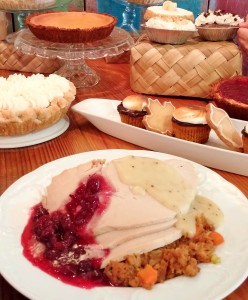 Turkey dinner and treats at Leoda’s Kitchen and Pie Shop in Olowalu. Photo courtesy of Leoda’s. 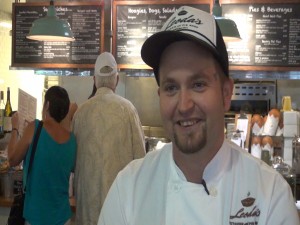 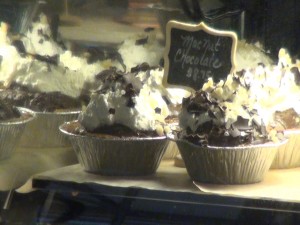 Treats at Leoda’s Kitchen and Pie Shop in Olowalu. Photo by Kiaora Bohlool. 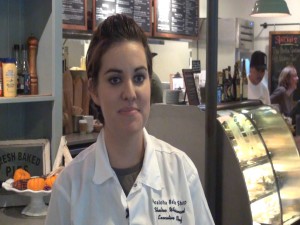 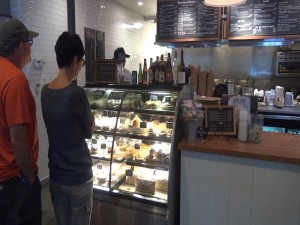 Line at the counter at Leoda’s Kitchen and Pie Shop in Olowalu. Photo by Kiaora Bohlool. 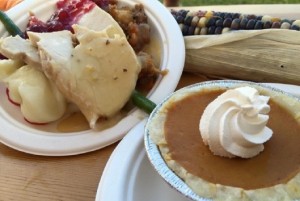 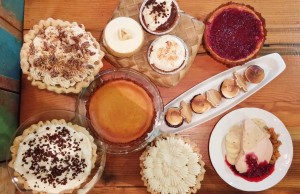 Pies and baked favorites at Leoda’s Kitchen and Pie Shop in Olowalu. Photo courtesy of Leoda’s.

Nā Hoaloha ʻEkolu owns those farms, along with Leoda’s, Old Lahaina Lūʻau, Aloha Mixed Plate and Star Noodle in Lahaina. The company bakery provides all the fresh breads and pie crusts to its restaurants. Executive bakery chef Chelsea Whisenant has released her holiday line-up of 9” pies. Along with the classic ones Leoda’s is known for, like cream and apple pies, there are new ones on the roster, including a decadent chocolate-haupia pie.

“So that’s a really fun local one; it’s chocolate haupia on the bottom with coconut haupia on top,” explains Whisenant. “One that I’m really excited about is a purple sweet potato pie. It uses the local, purple sweet poptatoes from our farm actually, then we make pie out of them, served with candied pecan.”

You can order pies with about 24 hour-notice for Thanksgiving and the holidays, as long as you call (808) 662-3600 to get your order in by noon the day before. For the first time ever, you can also order that ever-popular turkey dinner with pie as a per-person Thanksgiving meal for $16.95, which includes roasted turkey breast, turkey stuffing with local vegetables, buttery mashed potatoes, local green beans, fresh cranberry sauce and a slice of pumpkin pie.

“We haven’t done it before,” Leoda’s general manager Rosie Robbins tells me, “It’s been a thing we’ve always wanted to do; now we’re ready.”

They’ve learned to be ready between 7 a.m. and 8 p.m. seven days a week, as Leoda’s staffers handle the growing number of customers compelled to stop on their journey along Honoapi’ilani Highway. 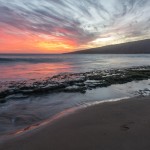 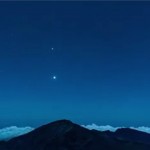