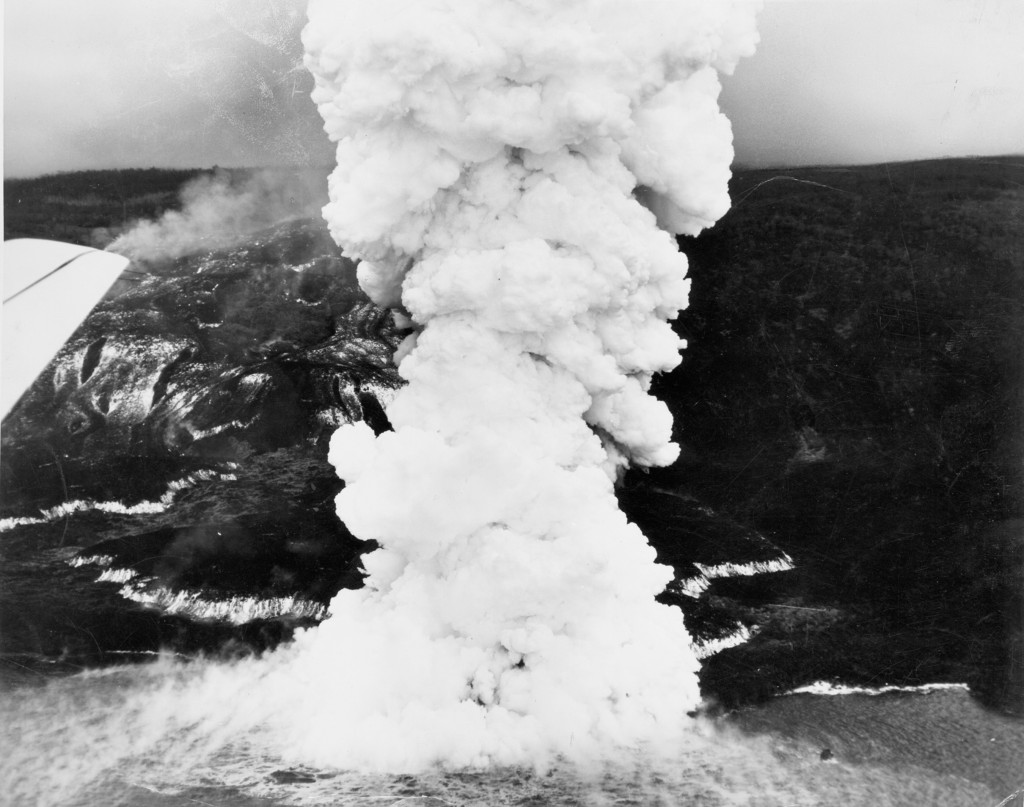 During the Mauna Loa 1950 eruption, three large, fast-moving lava flows advanced down the west flank of the volcano, each crossing the main highway before reaching the ocean. The Ka‘apuna flow, shown here, traveled from the Southwest Rift Zone vent (7,800 ft elevation) to the coast in just 17 hours, creating a huge steam plume as lava flowed into the sea. The glowing edges and fast-moving channels of the 10- to 25-ft thick ‘a‘ā flow appear white in this June 2, 1950, aerial image. Photo courtesy of Air National Guard, 199th Fighter Squadron.

Mauna Loa, the largest active volcano on Earth, is not erupting, but is stirring, according to scientists with the US Geological Survey’s Hawaiian Volcano Observatory.

The HVO reports that seismicity remains elevated above long-term background levels, and ground deformation indicates continued inflation of a magma reservoir beneath the volcano.

Scientists report that four earthquakes were reported felt in Hawaiʻi in the past week (ranging from 2.8 to 4.7), but no significant changes to Mauna Loa were recorded over the same time period.

Mauna Loa last erupted in 1984, but its eruption in 1950 is described as one of the most spectacular Hawaiian eruptions in recorded history. It lasted 23 days and produced 276 million cubic meters of lava.

Scientists estimate that over the past 3,000 years Mauna Loa has erupted flows on average, every six years.

Scientists further note that in the past 100 years, as much as 35 to 40 percent of the volcano’s surface has been covered by new lava—that’s an area equal to or greater than the islands of Oʻahu and Maui.

HVO scientists detailed the 1950 event as they study the event to better interpret current activity.  The following observations were detailed by HVO scientists:

“In March 1950, Mauna Loa inflation was so significant that tilt was recorded at the summit of Kīlauea. Two months later, continuing deformation was accompanied by a sharp increase in small earthquakes, signaling the increased probability of an eruption.

On May 29, an island-shaking magnitude-6.4 earthquake occurred beneath Mauna Loa’s west flank. Sixty-four hours later, at 9:04 p.m., HST, on June 1, the eruption began, with fissures opening at the summit and uppermost Southwest Rift Zone of the volcano.

By 10:30 p.m., the Southwest Rift Zone had “unzipped” down to an elevation of 2380 m (7800 ft), unleashing an 18-km- (11-mi-) long trail of spectacular lava fountains that fed several large-volume, fast-moving lava flows. These flows reached the south Kona coast in about 3 hours, endangering lives, destroying property, and severing the main highway and telephone lines along the way.

The eruption lasted 23 days and produced 376 million cubic meters (491 million cubic yards) of lava, with over 90 percent of that volume issued during the first six days of the eruption. With an eruption rate 200 times greater than that of Kīlauea’s current eruption, the 1950 Mauna Loa eruption produced more lava in six days than Pu‘u ‘Ō‘ō typically erupts in over 4 years.”

HVO scientists say chemical zonation patterns of individual mineral crystals in the 1950 lava “provide clues about the earliest stages of magmatic activity beneath the volcano. Crystals erupted from lower elevations indicate that magma began to ascend within the upper mantle up to 8 months before the eruption, and that the rate and amount of magma transport was increasing in the weeks prior to the eruption.”

During the 1950 Mauna Loa eruption, HVO scientists say “huge volumes of magma were transported rapidly from great depths with little warning of just how furious the eruption would be. Our findings suggest that key indicators of another such remarkable eruption might occur just hours before magma reaches the surface.”

“The USGS Hawaiian Volcano Observatory’s monitoring networks are well-suited to recognize this sort of unrest and we are actively working to improve our monitoring capabilities even more. This allows us to quickly identify, respond to, and communicate changes in activity—critical capabilities needed to protect life and property,” according to an HVO press release. 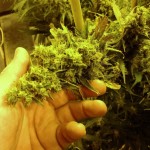 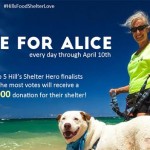