Boat Runs Aground at “Little Beach” in Mākena, Maui

Fire officials say the operator had apparently anchored the vessel offshore and swam to “Little Beach” to meet up with friends.  At some point, the boat drifted towards the rocks and ran aground on the south side of the beach on the rocky point between “Big Beach” and “Little Beach.”

Responding firefighters say a large hole in the vessel’s hull could be seen while waves breaking over the boat’s stern filled it with seawater.

The operator claimed to have bought the boat only a few days prior.

When firefighters turned the incident over to Department of Land and Natural Resource personnel at around 8:30 p.m., there was no evidence of fuel leaking from the boat.

The DLNR will be communicating with the owner regarding the removal of the boat from the beach.

Scroll Down to Read 40 Comments 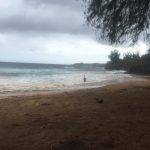 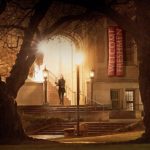