Firefighters responded to the area often referred to as “Big Beach” at Mākena State Park to assist ocean safety personnel with a male pulled from the water at around 12:31 p.m. on Saturday, April 23, 2016.

Fire officials say ocean safety lifeguards saw the man get knocked down by a wave in the shorebreak and they ran to his aid after seeing family members pulling him out of the water. Lifeguards immediately began CPR after the man was found to be unresponsive and without a pulse.

By the time Wailea fire crews arrived at the first entrance to “Big Beach” at 12:43 p.m., the man had already regained a pulse and was breathing again, according to department reports.

The man, a 67-year-old visitor from Oregon, was transported to the Maui Memorial Medical Center in critical condition.

Also at “Big Beach” on Saturday, there were at least three other reported water related accidents that required medical attention by ocean safety and fire personnel.

The incidents were reported at 10:50 a.m., 4:15 p.m., and 6:40 p.m. In all three of the incidents, the individuals were injured in the shorebreak and reported pain to either their neck or back, with one person hearing a loud crack in their back when they were hit by the wave, according to fire officials.

Beachgoers who are unfamiliar or inexperienced with ocean conditions are urged to heed all warning signs posted at beaches and are strongly advised to speak with a lifeguard at guarded beaches for information and advice before entering the ocean.

For more information on which Maui beaches are watched over by Maui County lifeguards, visit the County of Maui website. An Ocean Safety Guide brochure and Safety Video for ocean and mountain streams are also available here. 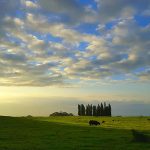 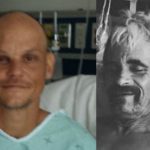