Fifteen 2016 graduates each received a $5,000 scholarship from HMSA, including Joseph Baldwin of Kīhei Charter School and Cendall Manley of Molokaʻi High School.

The seven-person selection committee considered athletics, academics, community service, healthy activities and sportsmanship, when selecting each award recipient. HMSA has awarded 220 scholarships worth more than $500,000 since it launched the Hawaiʻi High School Athletic Association program during the 2005-2006 school year. 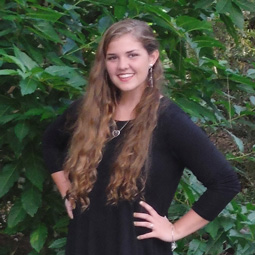 Cendall lettered in cross country, volleyball, and wrestling for the Farmers. With her father as coach, Cendall captured a state title in girl’s wrestling as a senior, just the sixth state championship in the sport for Molokaʻi. Her academic prowess earned her the Harvard Book Award, the Naval Science Award, and first place at the Hawaiʻi State Science and Engineering Fair, among other honors. Cendall also founded P.E.P.P. — Peers Encouraging Positive Participation — a club that inspires Molokai students to persevere, support one another, and excel for the good of all. This fall, she plans to attend Liberty University in Lynchburg, Va., and will pursue a path in either science or education. She is the third member of her family to receive a Kaimana Award, joining brother Colton, a 2009 recipient, and sister Charisse, who won in 2012. 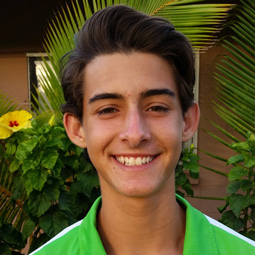 Joseph competed in cross country and was a four-time MIL champion and nationally ranked player in tennis. He worked with severely disabled children at Kula Elementary School and volunteered at a shelter for injured and abused animals. But he left his greatest mark when he started a free tennis program for underprivileged youth in his native Kīhei. With a 4.42 grade point average, Joseph has taken college-level courses since his sophomore year. He completed an engineering internship at UH Mānoa and has now set his sights on medicine with an internship at Aloha Surgical Center on Maui. Joseph will attend Harvard this fall. His goal is to return to Maui as an anesthesiologist and bring cultural awareness and the spirit of aloha to his medical practice.

Recipients can use their scholarships to pay for college tuition, books, computers, and room and board. Scholarship use is subject to NCAA rules and regulations for those who are participating in collegiate sports.

The other scholarship recipients/schools were:

For a complete list of winners and biographies of each individual, visit HMSA.com/Kaimana. 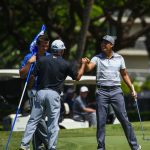 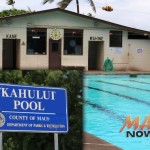