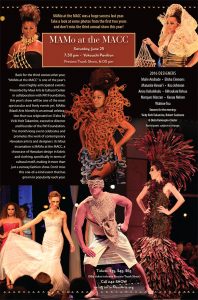 The Maui event returns for a third consecutive year, presented by Maui Arts & Cultural Center in collaboration with the PA‘I Foundation.

The event will take place in the Yokouchi Pavilion, featuring the work of contemporary Island designers, whose creations extend from comfortable to traditional to cutting-edge to downright fantastical.

“He ‘a‘ahu kino ke ao ‘ōnohi: The ‘ōnohi cloud is a garment for my body.” These are the kinds of environmental expressions often used as inspiration for Hawaiian designers and their works of art.

The ‘ōnohi cloud is a cloud with rainbow colors, and seen as “clothing” the sky and mountains.

“Patterns appear on the clothing we wear and kākau (tattoo) on our bodies,”said Vicky Holt-Takamine, executive director and founder of the PA‘I Foundation. “Our ili (skin) and kino (body) are the canvas for adornment. 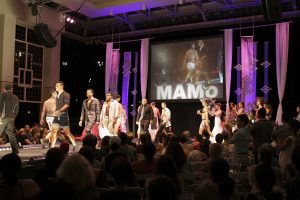 Holt-Takamine launched MAMo on O‘ahu to celebrate and promote the work of contemporary Hawaiian artists and designers.

Part of that celebration is the MAMo Wearable Art Show, which has taken place annually in Honolulu since 2006.

“We realized that art is not just what we frame and put on a wall,” said to Holt-Takamine, who will also serve as one of the event’s emcees. “It’s the culture, principles and values that are at the core of who we are that get transferred to the things that we wear.”

This facet of the MAMo celebration came about to showcase Hawaiian design in fabric and clothing specifically in terms of cultural motif, in a way that makes it more than just a runway fashion show.

Many traditional Hawaiian patterns and designs—in kapa and weaving, in weaponry and tools, in tattoo and adornment—take their visual clues from nature. 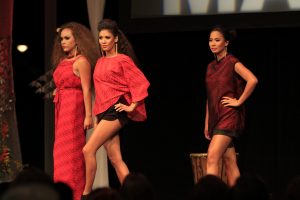 The clothing and fabric designs at the MAMo at the MACC show include a wide array of styles, influences, and philosophies, covering the rainbow spectrum of Hawai‘i people—everything from ready-to-wear active clothing to pieces that you just might want to mount on a wall.

Some designers use botanical and environmental patterns as a design motif, some pay tribute to the land and its creatures, or mark inspiration from ancient chants, including the Kumulipo, and others make their creations with full knowledge and implementation of the spiritual and ancestral connections.

VIP tickets at $65 include the trunk show preview and a meet-and-greet with the designers from 6 to 7 p.m. Those purchasing the $65 VIP tickets will have the opportunity to preview the trunk show ahead of everyone else and make their purchases prior to the show.

RELATED LINK
Tickets on Sale Now for MAMo at The MACC 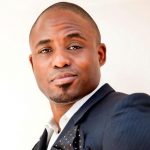 Tickets on Sale for Wayne Brady at The MACC 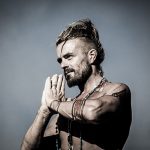