US Senator Mazie K. Hirono took to Twitter to fire back at Donald Trump after his latest speech on immigration.

As the only immigrant currently serving in the US Senate, Senator Hirono has been the leading advocate for family unity in fixing what she called a “broken immigration system.” As a member of the Senate Judiciary Committee in the 113th Congress, she was one of the authors of the Senate’s 2013 comprehensive immigration reform bill.

Senator Hirono’s tweets are printed below:

No matter how many times @realDonaldTrump tries, he’s not going to erase all the bizarre things he’s been saying about immigrants (1/10)

He isn’t just bizarre, he’s offensive. @realDonaldTrump goes against American values & everything we stand for as a country (3/10)

This is personal. My mom fled an abusive marriage in Japan. We sailed to America in steerage (4/10)

If you ask me, @realDonaldTrump is desperate. He can’t change his tune at the drop of a hat or in his case, a drop in the polls (7/10)

Last month, fellow US Senator, Brian Schatz (D-Hawai‘i) issued a statement in response to Donald Trump’s suggestion that the United States ban immigrants from a number of countries “including the Philippines,” according to Schatz’s office.

During a Trump Rally in Portland, Maine on Aug. 4, 2016, Trump made reference to the Philippines when he said, “An immigrant from Afghanistan who later applied for and received US citizenship (and) an illegal permanent resident from the Philippines were convicted for plotting to join Al-Quaida and the Taliban in order to kill as many Americans as possible.”

It was one of several examples he gave of immigrants coming into the country, border problems and extremists entering the US as refugees.

In more recent statement’s Trump outlined a detailed plan to provide jobs, safety and security to the American people with what he called “bold new immigration reforms.”

He said, “We will treat everyone with dignity, respect, and compassion – but our greatest compassion will be for the American citizen.”   In a recent statement he said, “I had a great meeting yesterday with the President of Mexico where we both expressed our shared desire to secure the border, put the cartels out of business, and to keep jobs in our hemisphere.” 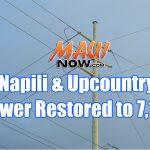 Power Restored to 7,817 Customers in Upcountry and Nāpili 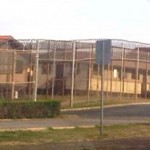