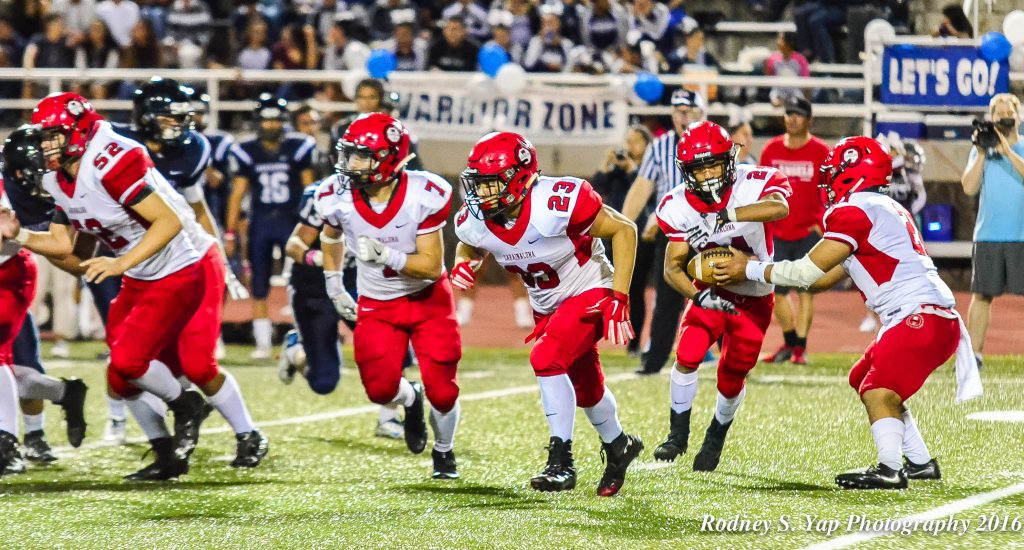 It might as well have been the painful exercise of finding the pea in the three shell game.

Whenever the football appeared to be in the arms of one ball carrier, it quickly disappeared, only to reveal itself a split-second later in the hands of another player. Backpedalling, unable to keep pace, the defensive frustration mounted with each play.

Lahainaluna High School operated its three offensive schemes Saturday with the skill of a seasoned magician for the second week in a row, forcing its opponent to retreat and eventually submit.

Kamehameha Maui had no answer for the Lunas —particularly the visitor’s long, exhausting offensive drives or their gang-tackling, well-prepared defense. The result was a 35-7 rout of the Warriors at Kanaiaupuni Stadium, handing the much-improved Lunas from Lahaina the Maui Interscholastic League’s Division II first-round championship. 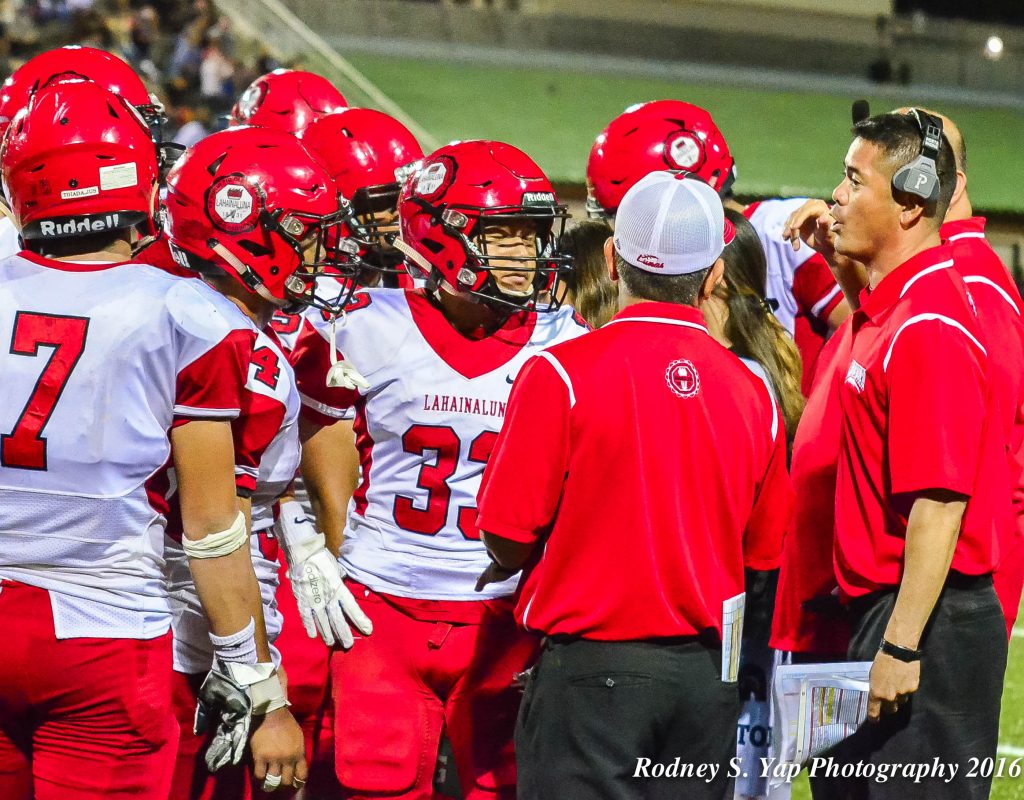 A crowd of about 2,800 watched Lahainaluna march up and down the field — in first-down increments — using a deliberate run-first attack that included the team’s base, double-slot Wing-T formation, the unbalanced Single-Wing formation St. Anthony made popular in the mid-90s, and the powerful Wildcat formation.

All three are similar, yet different, and therein lied the problem for the Warriors’ defense Saturday night, and Baldwin’s defense a week ago at Sue Cooley Stadium. The MIL defending Division I champion needed a field goal with four seconds left to avoid being upset by the Westsiders, 29-27.

Adding to the mayhem, Lahainaluna offensive coordinator Garret Tihada uses a no-huddle approach with backs and receivers shuffling in and out on every play. In the first half, Tihada rarely called the same formation on consecutive plays. 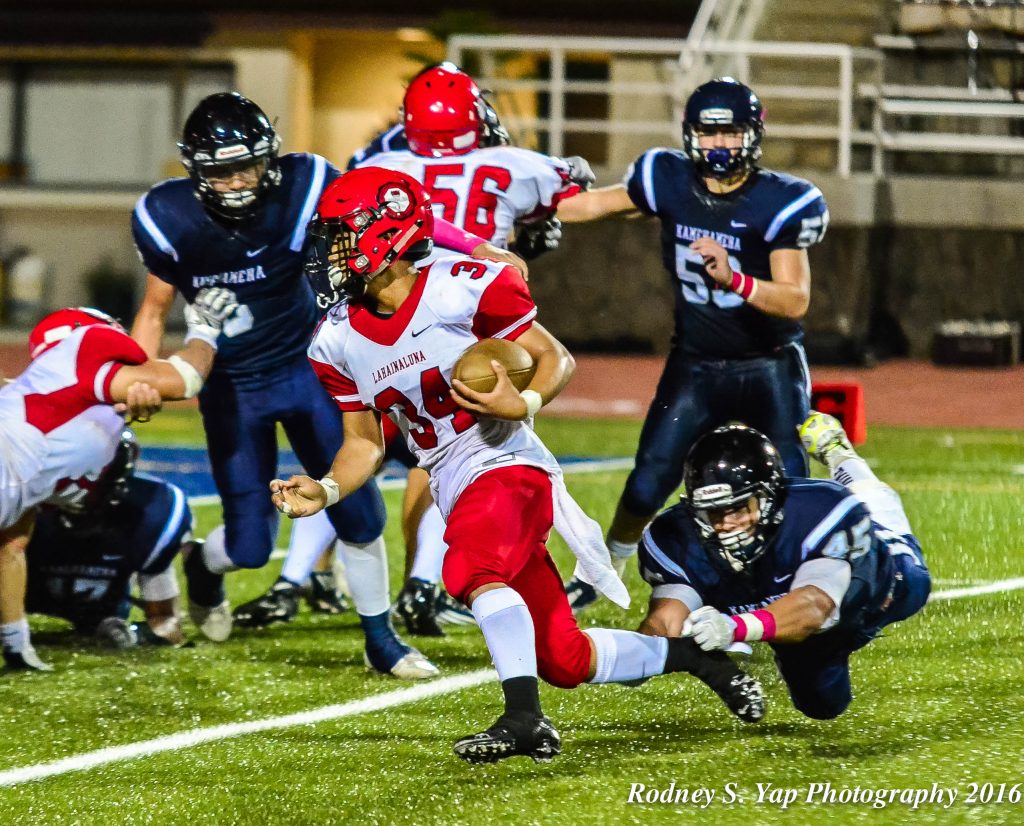 Junior Bailey Honda got under center for the Lunas’ base offense, sophomore Etuati Storer called the signals in the “Smash” or Single-Wing formation, and senior Donavan Defang was the triggerman in the Wildcat, with junior Dean Miyamoto occasionally alternating.

All three formations are deceptive at the initial mesh, giving the signal-caller the option to handoff the ball or keep it himself. There is plenty of motion to add to the confusion. Things can get chaotic fast as defenses find themselves on their heels as the pressure to solve the puzzle builds with every play.

Five different players scored for the Lunas and another fumbled one step from the goal line. Junior Elijah Ragudo scored the team’s final touchdown, with 7 minutes, 44 seconds to play in the fourth quarter, and finished with a team-high 94 yards.

Defang, Joshua Tihada and Radon Sinenci added touchdown runs of 1, 1, and 3 yards, respectively. Lahainaluna led 28-0 before the Warriors’ Damon Martin broke a 72-yard touchdown run with 35 clicks left in the first half. 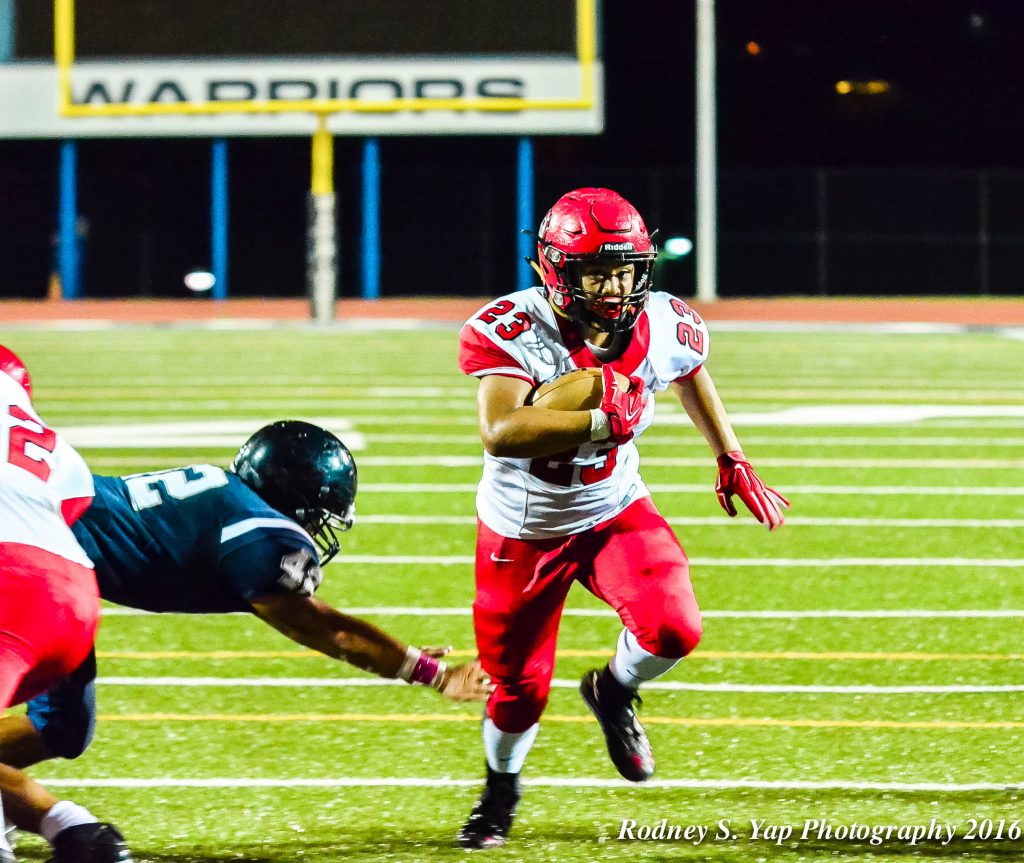 Lahainaluna rolled up 334 yards on the grounds, executing touchdowns on 8-play drives four times, going 69 yards, 64 yards, 29 yards, 54 yards, and 63 yards on the drive that ended in a fumble by Luna quarterback Etuati Storer and a touchback for Kamehameha Maui.

KS-Maui had success running the ball with tailback Martin picking up chunks of yardage early in drives. However, the Warriors were unable to sustain drives into the red zone due to their own ill-advised penalties or the Lunas’ ability to tighten their defensive belts when they needed to.

Martin finished with 182 yards on 20 carries. KS-Maui quarterback Kainoa Sanchez was picked off in the first quarter by freshman Derek Perez to set up the Lunas’ second score. Meanwhile, Elijah Moritz picked up a fumble and returned it 27 yards to help extend Lahainaluna’s lead to 21-0. The fumble came as a result of a bad snap during a fourth-down punt attempt by Kamehameha Maui.

Kamehameha Maui celebrates its homecoming Friday, Sept. 23, against King Kekaulike, while Lahainaluna meets Maui High on Saturday, Sept. 24, at War Memorial Stadium. Both games start at 7 p.m. and can be heard live on ESPN AM 900.

NOTE: All individual and team statistics were compiled by Robert Collias of The Maui News. 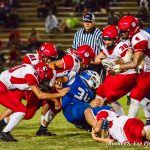 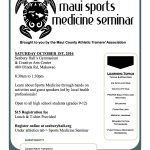