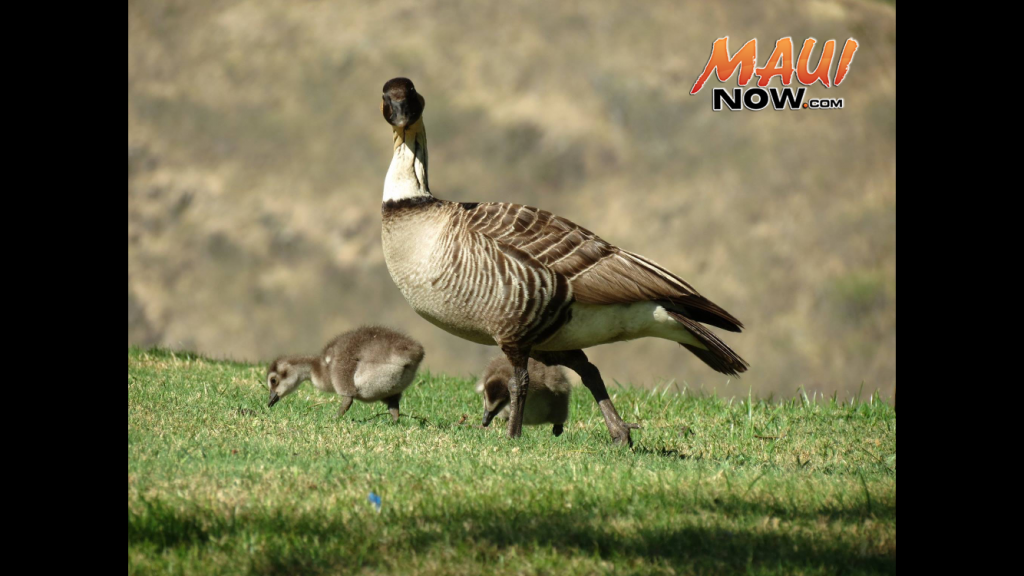 Hawaiʻi has received $3.8 million from the US Fish and Wildlife Service to protect threatened and endangered species through better land use management.

US Senator Brian Schatz who is a member of the Senate Appropriations Committee, announced the funding, saying it will help to strike a better balance between human use and wildlife habitats.

“By accounting for threatened and endangered species in our land use planning, we can reduce our impact on the environment and allow our state’s unique wildlife to thrive.” said Schatz.

On Maui, a portion of funds will be used to develop a plan for the protection of the Hawaiian hoary bat during biomass and timber harvest activities.

On Molokaʻi, $500,000 will be used for a conservation easement at Kaluaaha Ranch, for the permanent protection of 969 acres.  Authorities say the effort supports the recovery of numerous endangered species, including Newell’s shearwater and the nēnē goose.

In Hawai‘i, the funds will be allocated to the following four programs:

Helemano Wilderness Area (Honolulu County) $2,000,000:
The Helemano Wilderness Area project on Oʻahu will permanently protect over 3,000 acres of habitat for the federally-listed endangered Hawaiian hoary bat. The proposed acquisition will complement mitigation efforts outlined in HCPs for three Oʻahu wind energy complexes. Half of the acquisition area contains bat habitat with no need for management or restoration and a substantial portion of the remainder will be reforested and incorporated into ongoing research studies on optimal bat habitat and forest design. The HWA project also includes upland portions of the Paukauila and Kiʻikiʻi Watersheds. The Paukauila-Kiʻikiʻi stream drainage basin is the largest on Oʻahu, supplying drinking water to communities from Pearl Harbor to the North Shore – a third of Oʻahu’s residents. Thus, in addition to aiding the recovery of the Hawaiian hoary bat, acquiring the HWA will protect and secure clean drinking water for Oʻahu’s residents.

Kauai Seabird Habitat Conservation Program: Kauaʻi Island Utility Cooperative Habitat Conservation Plan (Kauai County) $906,105:
The Hawaiʻi Department of Land and Natural Resources, in coordination with the U.S. Fish and Wildlife Service, is developing the Kauai Seabird Habitat Conservation Program – Kauaʻi Island Utility Cooperative HCP to address incidental take of the endangered Hawaiian petrel, the threatened Newell’s shearwater, and the band-rumped storm petrel, a candidate for listing, due to light attraction and utility line collisions on the island of Kauaʻi. Completion of the KIUC HCP will result in the implementation of landscape-scale conservation to mitigate for island-wide take and a thorough minimization plan for listed seabirds on Kauaʻi. It is critical to the listed seabirds’ survival that landscape-scale breeding colony management takes place to abate the current population declines.

Hawaiian Hoary Bat Habitat Conservation Plan for Biomass and Timber Harvest in the Hawaiian Islands* (Hawaiʻi, Honolulu, Kalawao, Kauaʻi, and Maui Counties) $395,000:
The Hawaiʻi Department of Land and Natural Resources, in cooperation with members of the Hawai‘i Forest Industry Association and biomass industry, will develop an HCP to conserve the Hawaiian hoary bat (HHB) during biomass and timber harvest activities in the Hawaiian Islands. The HCP will result in a better understanding of the HHB’s status and distribution in commercial forest stands, reduce and mitigate impacts from biomass and timber harvest operations, and conserve the HHB while allowing sustainable forest management practices, which will allow public and private landowners to meet economic, ecological, and social goals.

Kaluaaha Ranch Conservation Easement (Maui County) $500,000:
The Kaluaaha Ranch Conservation Easement on Molokaʻi Island will permanently protect 969 acres to support the recovery of numerous endangered species, as well as minimize sedimentation of the near shore ecosystem and the Nation’s largest fringing coral reef. Extending from near sea level to over 4,000 feet at the summit of the East Molokai Range, upper Kaluaaha Valley has high-quality native forest currently being degraded by feral ungulates resulting in increased sediments flowing downstream, which smothers the reefs below. The Molokaʻi Land Trust, The Trust for Public Land, and the Hawaiʻi Division of Forestry and Wildlife will permanently protect the upper Kaluaaha Valley via a conservation easement. Surveys of the property have documented three highly endangered native plant species — one of them having fewer than 50 extant individuals. Kaluaaha Valley also provides habitat for endangered seabirds such as the Newell’s shearwater that nests in extremely steep valley walls as well as the Hawaiian goose (Nēnē). The Kaluaaha Stream flows year round and ensures the vitality of the forest and its ability to absorb water will sustain the water supply and clean drinking water for East Molokaʻi. 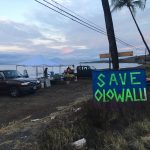