During the ongoing murder trial of Steven Capobianco, a Maui radiologist who viewed Carly “Charli” Scott’s ultrasound during her pregnancy about a month before she disappeared, testified on Friday, Oct. 21, that Scott’s unborn baby was around 19 weeks old.

Capobianco is standing trial for the murder of Scott,  his pregnant ex-girlfriend. He has pleaded not guilty to the charges. Scott was 27-years-old and five months pregnant with a child fathered by Capobianco when she went missing in February 2014. 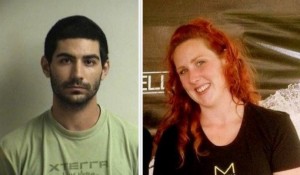 Dr. Andrew Kayes, a radiologist and medical director at Maui Diagnostic Imaging, testified that on Jan. 17, 2014, an ultrasound showed that Charli Scott’s unborn baby was about 19 weeks and three days old, plus or minus a week.

Before the jury entered the courtroom on Friday, defense attorney Jon Apo objected to Dr. Kayes taking the stand along with his ultrasound technologist, Adele Haywood.

“If the intent is to present evidence and or lay the foundation for Dr. Ammerman’s ultimate opinion and testimony that Ms. Scott was pregnant then we have no objection,” Apo stated.

Apo argued that showing the ultrasound pictures to the jury would be “more prejudicial than probative.” He added, “It’s an opportunity for the state to put it in front of the jury at closing and inflame prejudice along the lines of feticide.”

Deputy Prosecutor Tracy Jones said, “These are only five of 47 such images captured by the sonographer.”

She added that the testimony of Dr. Kayes and the sonographer would lay the foundation for Dr. Ammerman’s testimony.

Jones added that their testimony, “includes measurement-type images to assist the jury in understanding how the report, which has not yet been shown to them, was generated for review by Dr. Kayes from images and measurements by Ms. Haywood.”

Apo argued back, “So the ultimate point is that Charli Scott was pregnant. This is overkill. This is cumulative. It’s a waste of time.”

Jones then mentioned that the report dated the age of Scott’s pregnancy and that “is a fact that has not been put in front of the jury by a complete foundation, which this testimony will provide.”

“Community physicians refer their patients to me, we obtain their imaging and we give them a result,” Dr. Kayes said.

“Images are acquired from the patient and then they’re sent to a workstation,” he added. “I give a report of the findings to the referring physician.”

“Who generates the actual images that you interpret?” Jones asked.

Dr. Kayes noted that there are three Maui Diagnostic Imaging centers on Maui and the one located in Kīhei is where Charli Scott went to.

Dr. Kayes noted that Adele Haywood from the Kīhei location took the ultrasound images of Scott’s baby back in January 2014.

Jones then asked Kayes about an anatomy scan.

“The fetus is evaluated with various measurements to make sure it’s having proper growth, to make sure everything looks fine and if there’s problems,” Dr. Kayes said.

“You generate the report, the report will give information on the fetal anatomy, whether normal or abnormal and the size to determine fetal age,” Kayes added.

The jury was shown pictures of Scott’s ultrasound images that showed pictures of the baby’s head.

“Basically, this is a cross section through the head that will give me two measurements to help me determine the age,” Kayes said. He added that the head circumference, the diameter from side to side, would also help guess the fetal age.

“I didn’t see any abnormalities, the placenta was slightly low-lying near the cervix of the uterus,” Dr. Kayes said he asked Scott do a follow-up within six  to eight weeks.

She worked with Dr. Kayes at Maui Diagnostic Imaging and has 16 years of experience performing sonograms.

An ultrasound image of Scott was shown on the screen for the jury that Haywood had taken. The image showed the top of the baby’s head. It showed the BPD (biparietal diameter) and the HC (head circumference).

“The package of the ultrasound gives me how approximately how far along the fetus is,” she said. The image read 4.47 cm across the head (BPD).

“There is a program in the machine, so our measurements go into the package and that tells us how far along the patient is,” Haywood added.

The figure 66.2% also appeared on the screen, showing the jury the brain of the fetus “opposed to the last menstrual period the patient gave me,” Haywood said. “The significance of the first day of the last period tells me how far along the patient is.”

The BPD (biparital diameter) is one of the basic biometric parameters used to assess fetal size. BPD with head circumference (HC), abdominal circumference (AC), and femur length (FL) are computed to produce an estimate of fetal weight.

The next image shown to the jury had an arrow pointing to the baby’s groin with the word “BOY” typed on the left side of the ultrasound.

“It’s not a requirement, but if the patient asks for it, then I usually print a picture for them,” she added.

A third image showed that the fetal heart rate of Scott’s baby was 144.19 beats per minute.

The state requested more time for the next witness, Ashley Silva, who will take the stand on Monday morning.

The trial ended for the day.

Scott was 27-years-old and five months pregnant at the time with an unborn child fathered by the defendant. Capobianco has pleaded not guilty to the charges.

In the days following Scott’s disappearance, Capobianco had done an interview with police in which he said Scott had picked him up on the night of Sunday, Feb. 9, 2014, and dropped him off at his truck that got stuck in Keʻanae on Feb. 8, 2014.

According to the account, both headed back to Haʻikū, with Scott following Capobianco in case his vehicle broke down again. Scott was reported missing the next night on Feb. 10, 2014, after she failed to show up for work and did not return phone calls and messages from her family members.

The trial is set to resume today, Monday, Oct. 24. 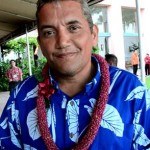 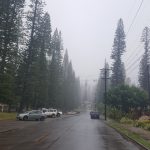