Maui firefighters will resume the search at first light on Wednesday for a missing hiker who reportedly fell 20-feet down a sea cliff while hiking the Puka Maui Trail on Tuesday afternoon.

Crews will be shifting their efforts from a rescue mission, to a body recovery effort, according to Fire department officials.

Authorities say rescue crews aboard the department’s Air 1 helicopter spotted the man’s body wash up onto the rocks and then get swept back into the ocean by waves crashing on the coastline during the search on Tuesday afternoon. Fire officials say crews did not see the man’s body reappear again.

The hiker is described as a 20-year-old man that was reported to be a visitor to Maui. His hometown was not available at last report.

The man was last seen climbing up a steep rocky cliff area when he lost his footing and fell about 20 feet into the ocean or a blow hole near the water’s edge, said Maui Fire Services Chief Edward Taomoto. Fire officials say the man’s three other companions witnessed the fall.

Maui firefighters and ocean safety personnel were dispatched to a report of male hiker that reportedly fell about 20 feet from a sea cliff on the Puka Maui Trail at around 11:03 a.m. Tuesday, Nov. 8, 2016. The trail is located near mile marker 7 of Hāna Highway in Kailua and is about a 90 minute hike to the ocean from Hāna Highway.

The male was hiking with a group of three other friends when he fell off the ledge and landed in the ocean. After the group lost sight of him, they called for help.

The fire department’s Air 1 helicopter is searching in the area where the male hiker was last seen. Ocean safety lifeguards on two rescue watercraft, and a fire department rescue boat are also on scene searching for the hiker.

High dangerous surf upwards of 20-25 feet and dirty brown water from mountain stream runoff is preventing rescuers from entering the water and performing an underwater search so crews are focusing their search efforts to the surface, spotting from land, and by air.

A battalion chief and firefighters from Pāʻia and Kahului responded along with ocean safety lifeguards from Hoʻokipa and Kanahā Beach Parks. 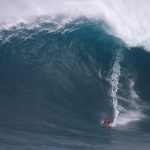 PHOTOS: First Big Swell of the Winter at Pe'ahi 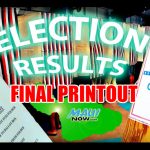