Kapalua is proud to be known as a unique golf course, which makes it an ideal setting for one of the PGA’s most unique challenges: the Tournament of Champions, coming to Maui from January 4 to 8, 2017.

“It’s really different than any other tour spot,” explains Kapalua Golf General Manager Alex Nakajima. “Designed by Ben Crenshaw, it’s been here since 1991. Huge terrain differences, the front and back are so different, and the wind could be a really big factor.”

The golf event attracts thousands of fans from around the world every year, and has been hosted in Kapalua since 1999. It’ll bring about 30 to 35 champions from the PGA season here, including top players like (defending champion) Jordan Spieth, Bubba Watson, Dustin Johnson and Jason Day, along with newcomers like Tony Finau, Jim Herman, William McGirt and Billy Hurley III. See the full list at the PGA website.

Nakajima calls these pros “the best of the best,” and says they love coming to Maui for the golf, but that’s not all!

“The players look forward to bringing their families,” he says. “There’s so many different activities other than golf too. Kapalua’s so unique, Maui’s so unique: going whale watching, taking a boat tour, sunset cruise, hopping over to Lāna‘i, these are all activities they can do while they’re here in one week.”

Kapalua Golf takes the entire year to prepare for the tournament; the Plantation Course gets aerated multiple times, grand stands get installed and much more. Golfers can still play on the course until Dec. 30.

“We’re really proud.  Since 1999, we’ve donated $5.6 million to variety of nonprofits on Maui,” explains Tournament of Champions Executive Director Nancy Cross, who calls the collaboration a huge team effort. “We work with Kapalua Golf, a great partner; The Ritz Carlton, our host hotel; but also with one of the best volunteer groups on tour!  We have over 500 volunteers and we couldn’t do it without everybody’s support.”

“Through our Golf for Maui Charities program, which is a great opportunity where our nonprofits can sell the tickets and keep 100% of the proceeds, we’ve heard the Pā‘ia Youth Group has gotten their kids all involved.”

Tickets are currently on sale at the PGA’s Tournament of Champions page. You can also purchase tickets locally at Kapalua’s Bay and Plantation Courses, Honolua Store, ABC Store in Honokowai and ABC Store in Kihei (across from Kamaole Park 1).

Kids get in free to the tournament with a paying adult. There will be public parking at the Lahaina Civic Center with free shuttles to bring people to the course. Organizers say the family-friendly event gives fans a chance to get up close and personal with some of biggest names in golf.

“They should definitely come out and make a day of it,” explains Cross. “We’ll have great concessions, we’ll have our autograph areas; the kids, they love to get autographs.” 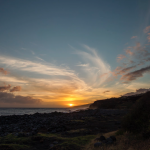 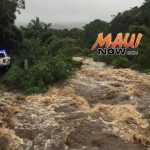