We are now receiving reports of traffic moving in both directions on the Honoapiʻilani Highway (30) from motorists on the roadway; however there is no official announcement from Maui police at this time.  Motorists were reporting movement in both directions as of around 12:10 a.m. on Monday, Dec. 12, 2016.

*We will update this post as we receive more information.

HONOAPIILANI STILL CLOSED: The State Highways Division reports that crews are doing a final clean up on the “Pali” section of the Honoapiʻilani Highway (30), however the road is not open yet as of 10:42 p.m. on Sunday, Dec. 11, 2016.

The Honoapiʻilani Highway in West Maui is closed between North Kīhei junction in Māʻalaea to Papalaua Wayside Park in Lahaina due to flooding across the roadway.

Motorists that were able to get through before the closure went into effect described treacherous conditions with heavy rain and debris on the roadway.

The National Weather Service issued a Flash Flood Warning until 10:30 p.m. on Sunday, Dec. 11, 2016 due to the severe weather conditions.

Heavy flooding is also reported in South Maui at the Kīhei Bay Vista and near the old Maui Lu in North Kihei.  (Photos are posted below).

There was siren malfunction reported in the South Maui area of Kīhei.  Authorities with the Emergency Management Agency say crews are working to fix the runaway siren.  There is NO emergency in the area. 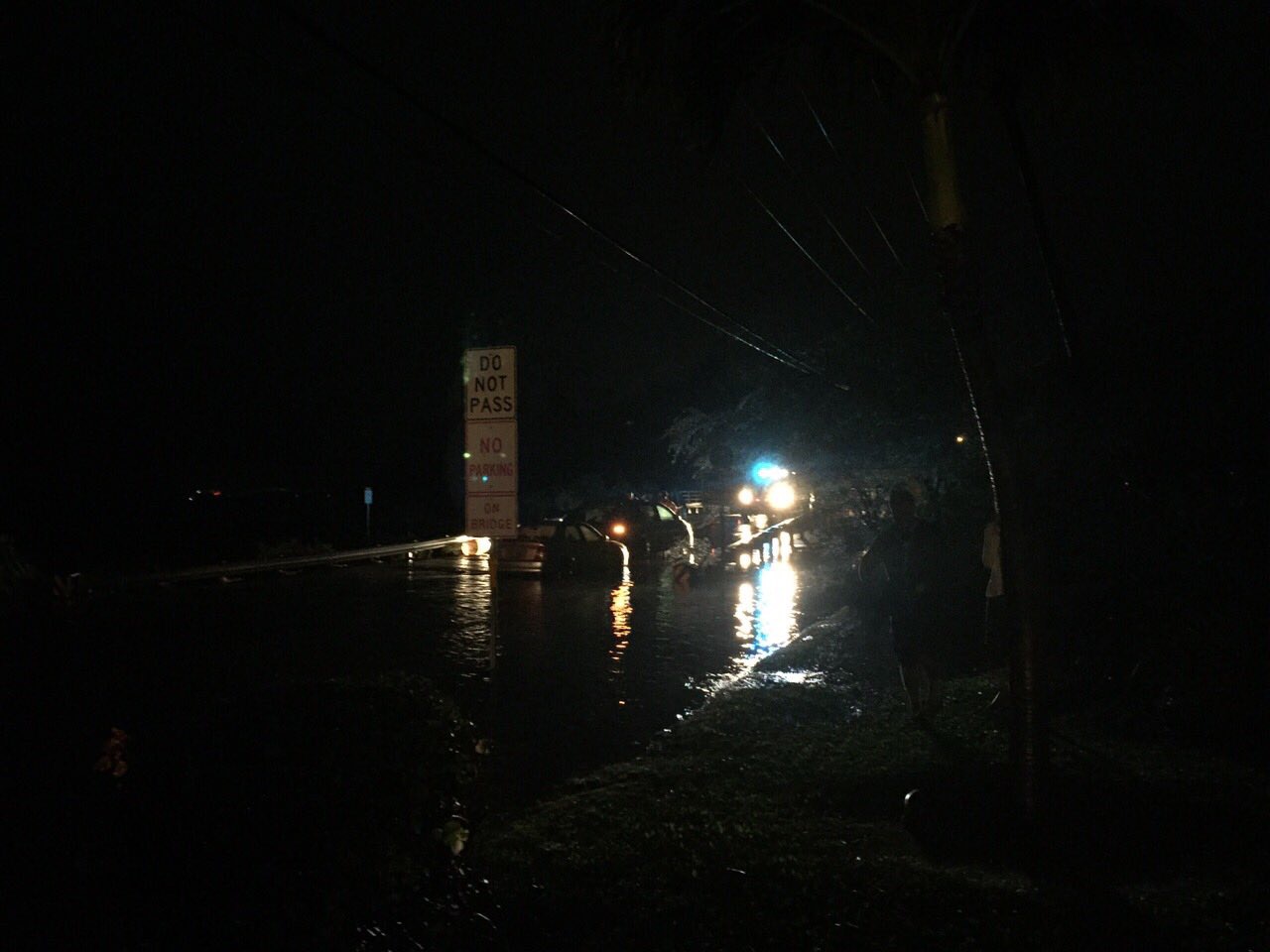 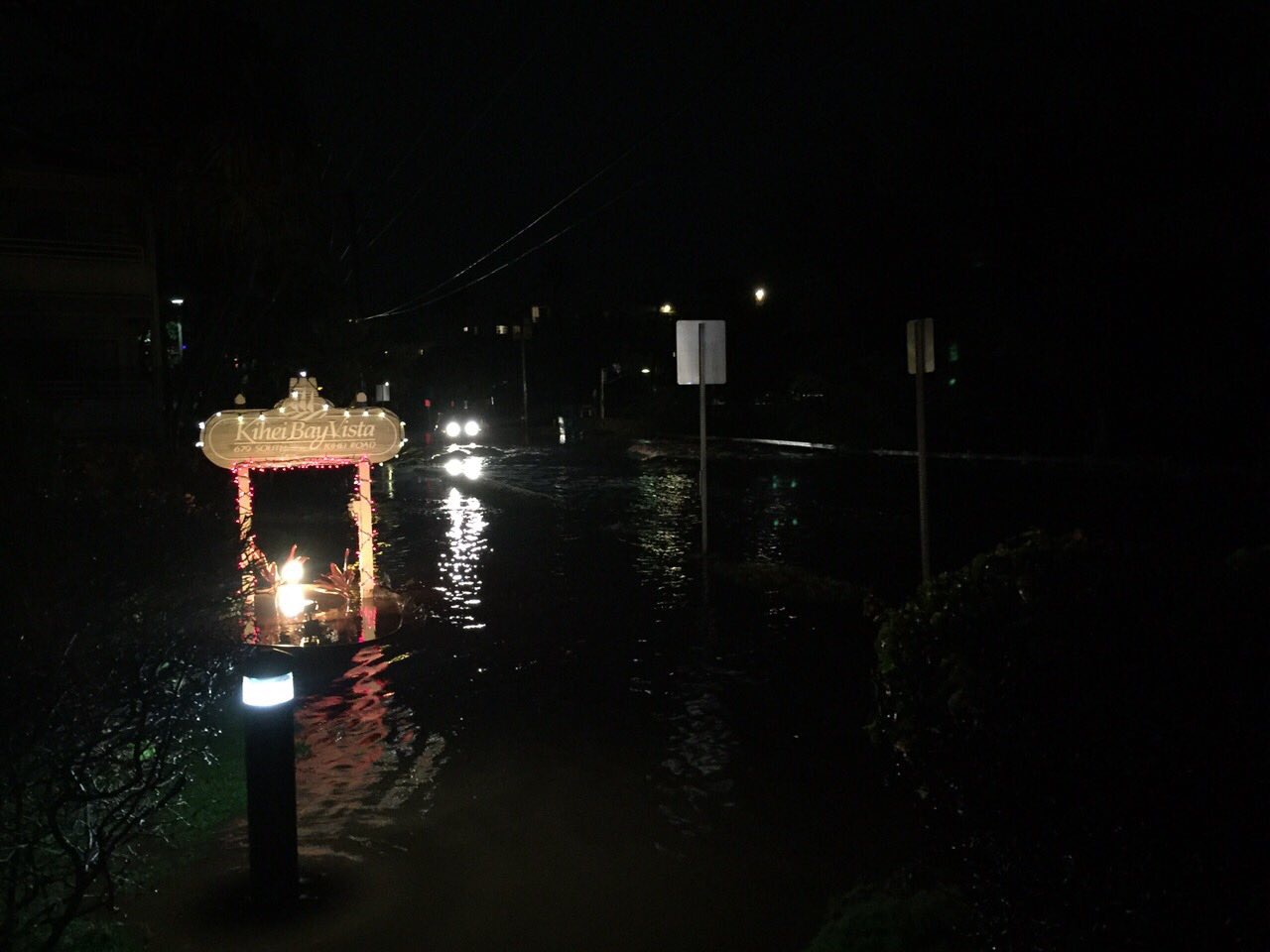 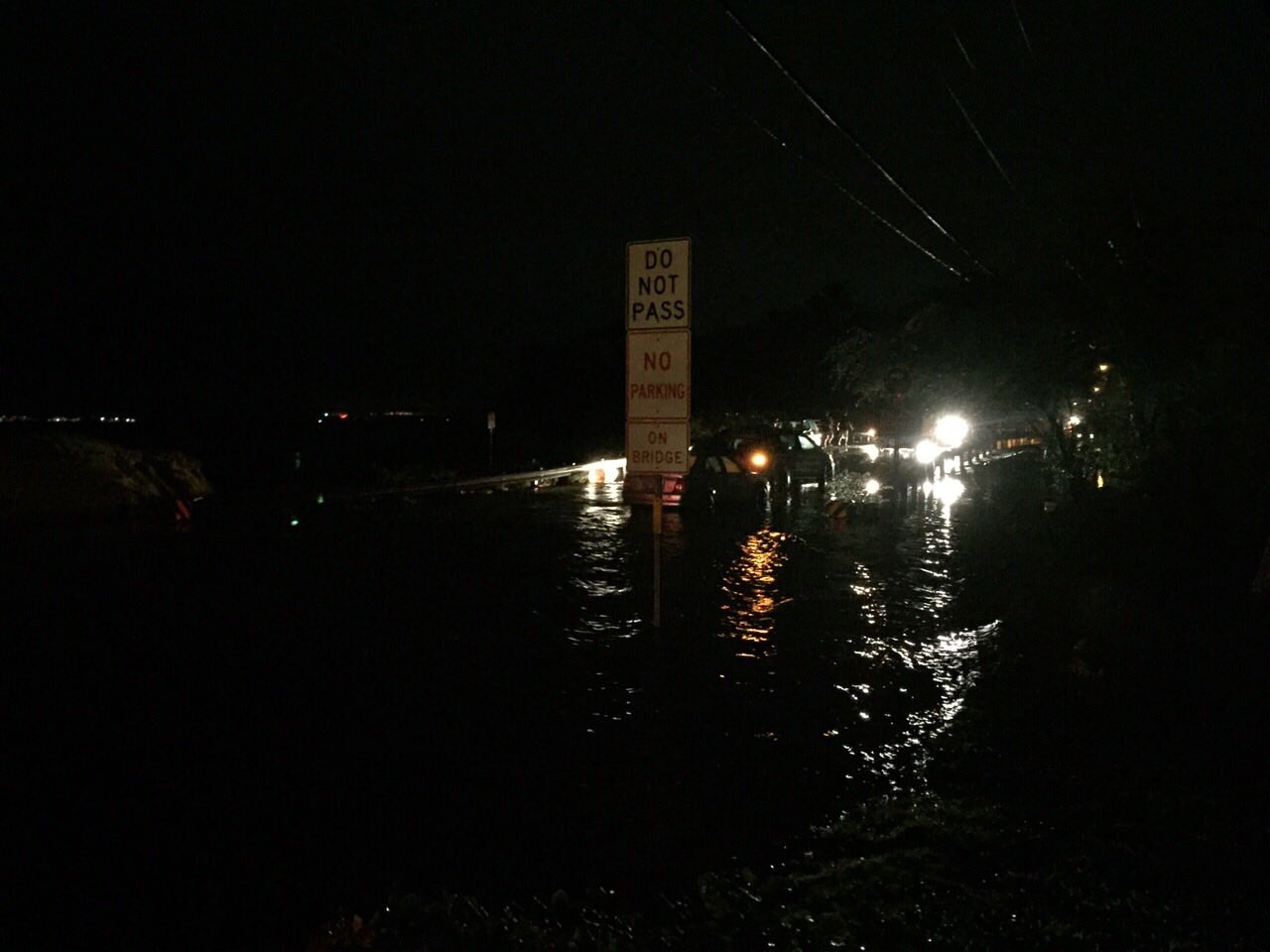 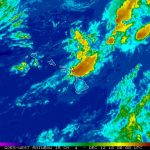 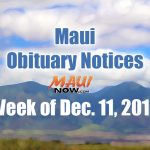