Some of the most popular recommendations for treating jellyfish stings are making your pain worse, not better, a group of researches from University of Hawai‘i at Mānoa found.

Published this week in the journal “Toxins,” researches found that rinsing with seawater or scraping away tentacles can make the sting worse. 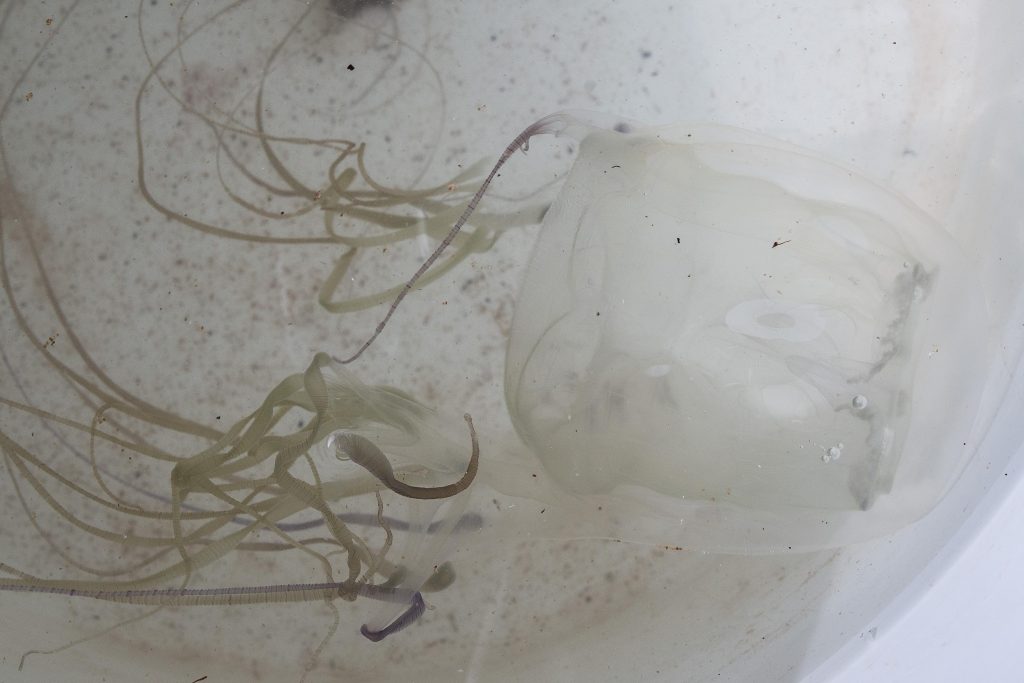 A sting by this Australian box jelly can lead to death in as little as 5 minutes. Credit: A Yanagihara.

“Anyone who Googles ‘how to treat a jellyfish sting’ will encounter authoritative web articles claiming the best thing to do is rinse the area with seawater, scrape away any remaining tentacles, and then treat the sting with ice,” said Dr. Angel Yanagihara, lead author of the paper and assistant research professor at the UHM Pacific Biosciences Research Center and John A. Burns School of Medicine. “We put those methods to the test in the lab, and found they actually make stings much, much worse.”

Box jellies are among the deadliest animals in the ocean, responsible for more deaths every year than sharks. Even mild stings cause severe pain and can leave scars.

Yanagihara, aided by Dr. Christie Wilcox, a postdoctoral fellow at JABSOM, looked at the best ways to respond to stings from two dangerous box jelly species, the Hawaiian box jelly Alatina alata here in Hawaiʻi and the largest box jelly in the world, the Australian box jelly Chironex fleckeri.

The team found that some of the most commonly recommended actions, including rinsing with seawater, scraping the tentacles, and applying ice, dramatically increased the severity of the stings. “Less than 1% of stinging cells on a tentacle actually fire when you’re first stung,” explained Wilcox. “So anything you do that moves the tentacles or adherent stinging cell capsules around has the potential to increase the amount of venom injected into you by many fold.”

Instead of rinsing with seawater or scraping, the team found that rinsing with vinegar—which irreversibly prevents the stinging cells from firing—or even plucking tentacles off with tweezers led to less venom injection. And after the sting, applying heat actively decreased venom activity.

Applying ice not only didn’t help, for stings from the Hawaiian box jelly, it actually enhanced the venom’s activity to make stings cause more than twice the damage. The team found the best way to treat a jelly sting was the combination of Sting No More® Spray and Cream, a venom-inhibiting product duo developed by Yanagihara with Hawaiʻi Community Foundation, National Institutes of Health and Department of Defense funding.

“Box jellies are incredibly dangerous animals. The more venom they inject, the more likely a victim is to suffer severe, even life-threatening symptoms,” said Yanagihara. “The increases in venom injection and activity we saw in our study from methods like scraping and applying ice could mean the difference between life and death in a serious box jelly sting.”

“It’s all too easy to find bad advice on treating jelly stings on the internet,” said Wilcox. But she also noted that such bad advice isn’t solely the fault of the sites that provide it. “Even in the peer-reviewed literature, there are a lot of examples of recommendations that are made in passing in discussion sections without any direct evidence to back them up, and then those just keep getting repeated and cited over and over even though they’re not based on rigorous, empirical scientific evidence.”

The team expects these statistically powered findings will prompt online medical sites, government agencies, and the broader medical community to reevaluate the advice they provide on treating jelly stings. 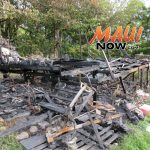 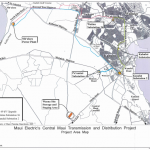