Last week, “Hawaii Five-O” stars Daniel Dae Kim and Grace Park left the show after CBS refused to pay the actors as much as their co-stars Alex O’Loughlin and Scott Caan. According to multiple sources, Kim and Park were seeking equal salaries to that of Caan and O’Loughlin. 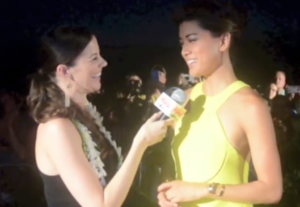 According to Variety, the network’s final offer to the actors was reportedly 10-15% lower than their white co-stars Caan and O’Loughlin’s salaries, which made critics wonder if diversity was the reason.

Kim confirmed the unsuccessful contract negotiation in a Facebook post on Wednesday, July 5, writing, “Though I made myself available to come back, CBS and I weren’t able to agree to terms on a new contract, so I made the difficult choice not to continue.” He ended his post by writing, “Though transitions can be difficult, I encourage us all to look beyond the disappointment of this moment to the bigger picture. The path to equality is rarely easy. But I hope you can be excited for the future.”

After Kim spoke about his departure on Wednesday, CBS released a follow-up statement:

“Daniel and Grace have been important and valued members of “Hawaii Five-O” for seven seasons. We did not want to lose them and tried very hard to keep them with offers for large and significant salary increases. While we could not reach an agreement, we part ways with tremendous respect for their talents on screen, as well as their roles as ambassadors for the show off screen, and with hopes to work with them again in the near future.”

According to a Variety article, from the networks perspective, Kim and Park were supporting actors in the show. Fans have also noticed that Caan has been absent from a few episodes including the 150th episode which aired this past season.

Caan addressed his occasional absences while speaking with Post-Gazzette last year. “I do five episodes less than [series star] Alex [O’Loughlin],” Caan said. “I just do a couple episodes less so I can come home [to Los Angeles] to see my family and stuff. They were cool about it so we just all came to that.”

“The truth is this: Both actors chose not to extend their contracts. CBS was extremely generous and proactive in their renegotiation talks. So much so, the actors were getting unprecedented raises, but in the end they chose to move on. No one wanted to see them go — they are irreplaceable. After being away from her family for seven years, I understood Grace’s decision to leave. There was an opportunity for her to return for a handful of episodes, but for several reasons that didn’t work out. In the end, everyone tried their best to keep the ohana intact. So much so, we were holding off from reporting the news, hoping an agreement could still be reached.”

With critics saying the Asian-American stars’ departures and lack of salary equality was due to race, Lenkov went on by saying Hawaii Five-O has one of the most diverse casts on TV, “Over our 168 episodes, Hawaii Five-O has and will continue to showcase one of the most diverse casts on TV. Chi McBride, Jorge Garcia, Mark Damascus, Ian Anthony Dale, Will Yun Lee, Masi Oka, Dennis Chun, Taylor Wily, Shawn Garnett, Kimee Balmilero, Keko Kekumano, Shawn Anthony Thomsen, as well as Daniel and Grace… all of these great talents regulars or recurring. I’m proud of that roster and of our show.”

CBS executives were said to be troubled by the suggestion from media coverage of Kim and Park’s departures that race played a role in a business negotiation, according to Variety.

In an article posted by Variety, industry sources said O’Loughlin and Caan are making about $200,000 per episode for the upcoming eighth season of the show and said that a source close to the situation said CBS’ last per-episode salary offer to Kim was about $5,000 apart from the two lead actors. The same source added that CBS offered to set a new overall deal with Kim’s 3AD production banner. However, sources close to Kim said the differential was more significant.

The article also states that Park was said to have sought a deal for less than half of a full season’s worth of episodes and the final offer for Park was lower than Kim’s, according to a source. 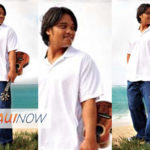 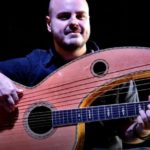