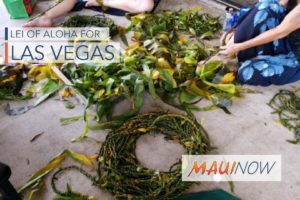 The Lei of Aloha for Las Vegas. PC: Stacey Moniz

After thousands of hours of work by hundreds of volunteers, the Lei of Aloha for Las Vegas is nearly completed.

A two-mile-long ti leaf lei of love will be delivered to the people of Las Vegas after the recent tragedy in which 59 people were killed in the city Hawai‘i fondly refers to as “the Ninth Island.”

Blessings will begin for the Lei of Aloha for Las Vegas tonight, Tuesday, Oct. 10, 2017, at 6 p.m. at Nalu’s South Shore Grill on Maui as Hawaiian cultural leaders, faith leaders from all denominations and community leaders come together to give the one-mile-long lei created on Maui.

The lei will then begin its journey to Honolulu where it will be joined with another one-mile-long lei weaved on Kaua‘i, Kona and O‘ahu.

A blessing of the joined lei will be held at Daniel K. Inouye International Airport at the Hawaiian Airlines terminal at 11 a.m. on Wednesday, Oct. 11.

“Sometimes we forget that we are connected, that we always have someone to turn to when we feel alone,” said Ron Panzo, originator of the Lei of Aloha for World Peace. “We used to always talk to our family or friends or a trusted leader, coach, minister when we were hurt or confused, and you didn’t see these kinds of violent attacks as much. I think we need to remember to reach out to each other, whether we feel unconnected or if we see our loved ones toughing it out alone.”

Lei of Aloha began in 2015 after terrorists bombed Paris and a small group of people—including Panzo—came together and decided they would weave a one-mile long lei and deliver it to the site of the explosion.

“Tim Lara was the one who suggested ti leaf lei which was more traditional and Hawaiian,” Panzo recalls.

Lara and Panzo were part of the delegation that delivered the first Lei of Aloha to Paris.

Then in June of 2016, tragedy struck Orlando, Florida, when a gunman killed 49 young people in Pulse Nightclub, the largest mass killing—up to that date—in the country’s history.

Immediately following the shooting, Panzo met with Joe Tolbe about weaving a lei for Orlando.

Literally hundreds of volunteers showed up, including Gov. David Ige, who learned to weave ti leaves from a large, tattooed biker.

Tolbe and Panzo led a contingency of Hawaii Six-O, who traveled to Orlando and delivered the lei to Pulse, to the hospital where many were treated and to the large memorial site. Met by dozens of Hawaiians who live in Florida, they delivered powerful chants of grief and sadness and love.

“I’ve been singing ‘Hawaii Aloha’ all my life, but I was never so proud as I was when we sang that song in Orlando,” said Stacey Moniz, one of the Hawaii 6-O. “It was truly an honor to be able to attend. It meant a lot to the people of Orlando, too, not just the Hawaiians, but everyone we met was so awed by the love of the people of Maui.”

The organizers of Lei of Aloha had also sent lei to Washington DC and also to Honolulu for the return of the voyaging canoe, Hokule`a when she returned from her three year worldwide voyage, Malama Honua.

The shooting in Las Vegas was an instant call to action for the Lei of Aloha team.

“We knew immediately we needed to do a lei for Las Vegas. They’re family!” said Panzo. “But with Stacey Moniz on O‘ahu, we needed to expand our efforts so I called a few friends and the action on O‘ahu just grew.”

Organized by Moniz and Colleen Nomura, the owner of Jawaiian Irie Jerk restaurant in Waialae, volunteers began to show up—like Crystale Cayaban and her family, who then inspired Iolani High School students and other families to weave nearly a quarter-mile on their own.

Cyrila Pycha led the charge on the island of Kaua‘i and has actually been part of the lei making there since the lei for Paris. She will be traveling to Las Vegas with the lei along with Panzo and Nomura.

Jeff Gourley led his community in Kona to weave lei at My Bar Kona every day.

Hawaiian Airlines is donating four of the airfares for travel from Honolulu to Las Vegas and the California Hotel and Casino will be housing the volunteers who will be delivering two miles of lei to various sites throughout Las Vegas, including the scene of the shooting.

“A huge mahalo to the California Hotel and Casino for hosting the delegation and lei,” said Panzo.

“We are so grateful to Hawaiian Airlines, especially Debbie Nakanelua-Richards, who has worked so hard on this trip!” Panzo said.

“The blessing for the entire lei on Wednesday will be the first time all of the pieces from across the state will be in the same location and we will need to bless this entire lei as one before it leaves Hawai‘i,” said Moniz.

“Kumu Lehua Kekahuna will condut the blessing, but everyone is welcome to join us and offer your blessing,” said Moniz. “We welcome all faiths and all positive well wishes.”

The mission statement of the Lei of Aloha for World Peace
We are One
Weaving together ti leaves from Kauai to Hawaii Island
Kaupo to Keanae to Olowalu
Weaving love and aloha to wrap around the people of the World, the Lei of Aloha brings us together to grieve, to heal, to connect and to lift our collective spririts.
When we lift one, we lift all.
The Lei of Aloha is about connection: we sit, side by side, weaving lei, weaving conversation, weaving friendship.
Weaving leaves of every color: red, yellow, pink
light green, dark green
Weaving people: gay, straight, Hawaiian, Asian
Hispanic, Caucasian, young, young at heart
Once woven and joined together,
it is impossible to tell us apart
We are One 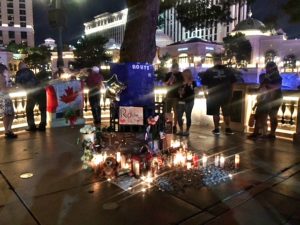 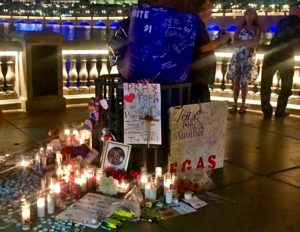 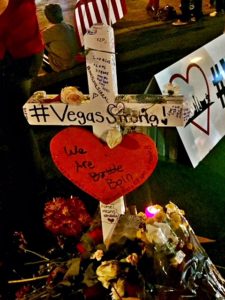 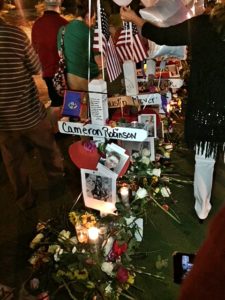 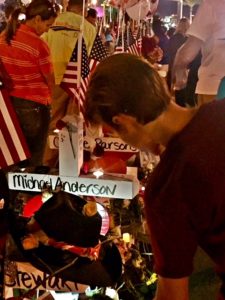 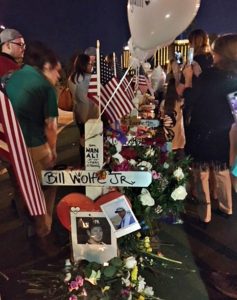 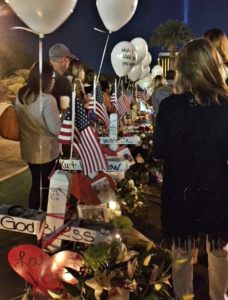 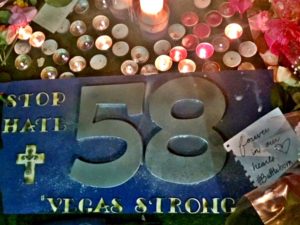 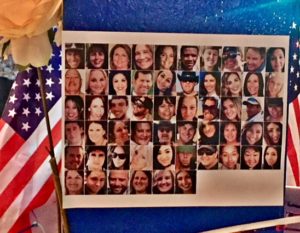 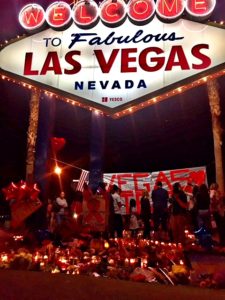 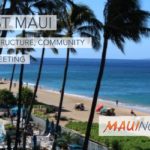 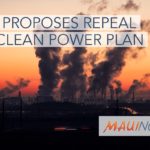