For the sixth in eleven days, a visitor has died while snorkeling or scuba diving in waters off of South Maui.

In the latest incident, a 57-year-old man from Montgomery, Texas was pulled unresponsive from waters at Oneuli Beach on Wednesday morning. The man had gone scuba diving alone about an hour earlier while a friend waited for him on the beach.

At 9:49 a.m. on Wednesday, Jan. 24, 2018, emergency crews in South Maui responded to Oneuli Beach, also known as “Black Sand Beach” in Mākena, for an unresponsive person being brought to shore.

Lifeguards from Mākena State Park arrived at 9:54 a.m. just as bystanders reached the beach with a male victim. Lifeguards administered CPR until fire and paramedic crews arrived a short time later. Despite all life-saving efforts, rescue crews could not resuscitate the man and the victim died at the scene.

Maui Fire Services Chief Edward Taomoto said the Texas man had gone scuba diving alone about an hour earlier. The victim’s friend remained on shore and waited for him on the beach. According to Taomoto, it is unknown what went wrong, but a pair of free divers were on their way in to the beach when one of them spotted the victim lying motionless on the sea floor. The man was found about 30 yards from shore and in around 10 feet of water and still had on all of his scuba gear.

The divers signaled to people on shore that help was needed, then retrieved the man from the ocean bottom and swam him to shore. Other snorkelers nearby also assisted.

Firefighters and paramedics from Wailea and Kīhei responded along with Mākena State Park lifeguards. 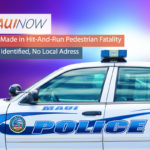 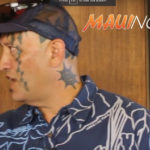