Winners were selected from a record number of over 980 submissions from 100 schools. The ‘Ōlelo Youth Xchange is the state’s oldest and largest contest of its type.

Kaiser High School took the top prize with a video entitled, “Ko Mākou‘āina.” Highlands Intermediate students won the junior expert category with “Behind the Orphan.” Both teams were presented with commercial-grade Sony HD video cameras valued at nearly $2,000 each. Since its inception, ‘Ōlelo Youth Xchange has awarded over 650 video cameras to schools throughout Hawai‘i.

A live cablecast of the ‘Ōlelo Youth Xchange Awards Gala is available on ‘Ōlelo Video On-Demand Channel 52 and on olelo.org/olelonet.

‘Ōlelo Youth Xchange was developed to help give island keiki a voice to tell stories in a variety of video formats and about subjects that are meaningful to them. 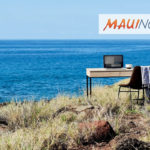 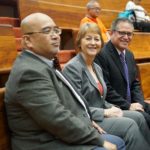