4.3 Earthquake at South Flank of Kīlauea, No Tsunami 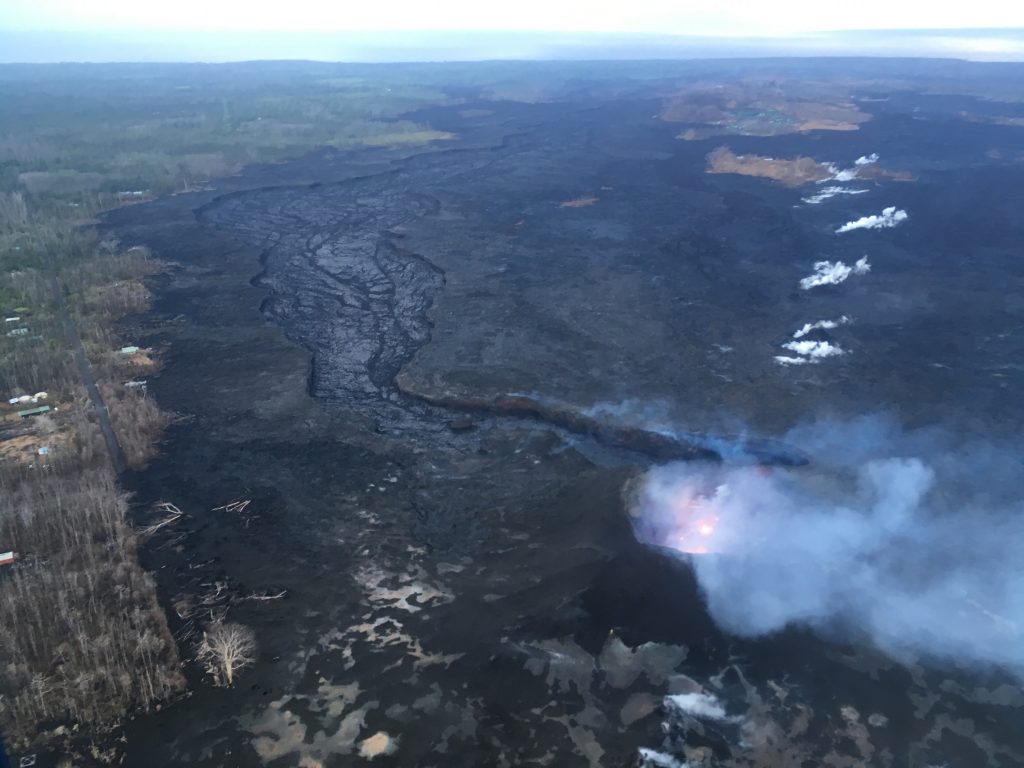 An overflight on Aug. 6, 2018, revealed a weak to moderately active pond of lava bubbling within the fissure 8 cone, but no visible supply of lava from fissure 8 into the channel. The perched channel and braided sections downstream were essentially crusted over with some incandescence noted. Active flow in the channel was observed immeidately west Kapoho Crater. PC: USGS

Hawaiian Volcano Observatory reports a preliminary magnitude 4.3 earthquake occurred on the South Flank of the Kīlauea Volcano at 6:51 a.m. on Thursday, Aug. 9, 2018.

There was no tsunami generated from the event, according to the Pacific Tsunami Warning Center.

The USGS reports that today’s earthquake occurred at a depth of 10 km and was located.

The Hawaiian Volcano Observatory reports that eruptive activity remains minimal at Kīlauea Summit and at the lower east rift zone from fissure 8. Seismic activity at the summit is low with few earthquakes.

The following guidelines remain in effect:

Since eruptions began on May 3, more than 700 homes and other structures have been destroyed. Lava now covers an estimated 13 square miles of Hawai‘i Island and 825 acres of new land has been created, according to the US Geological Survey.

The last collapse event at the summit was at 11:55 a.m. HST Aug. 2, 2018.  HVO scientists say that it could be weeks or months before they feel comfortable calling the eruption and the summit collapse over.  Experts say it is typical for eruptions to wax and wane. 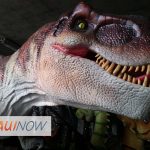 Jurassic Tour to Land on Maui