The Department of Business, Economic Development and Tourism released its Statistical and Economic Report for the third quarter of 2018, which includes the months of July to September.

Before the third quarter, DBEDT predicted that Hawai’i’s economy would grow 1.9 percent for 2018. Though in their report, their prediction lowered to 1.5 percent.

DBEDT says that although labor market conditions are the best in the nation and tourism growth is still strong, the most recent economic data from federal sources indicate that Hawai’i’s economic growth during the first quarter of 2018 (January to March) was at 1 percent. These sources also showed that Honolulu consumer inflation was at 1.6 percent for the first half of 2018. Both numbers came out much lower than DBEDT expected.

“Even though we are now entering a slower growth period of around 1.5 percent annual growth…Our economic growth rate during the past three years (2015-2017) was 2.4 percent,” DBEDT Director Luis P. Salaveria said. “Hawaii’s economic conditions remain healthy.”

During the first seven months of 2018, Hawai’i continued to have the best labor market in the nation with an average unemployment rate of 2.1 percent.  According to DBEDT, this rate was the lowest in the nation and the lowest in Hawai’i’s history. DBET also said that the number of people who are either employed for pay or self-employed statewide was at a record high level during these first seven months. The average number of people who were still looking for jobs and available to work was also at a historically low level during the time.

“We are encouraged to see that the value of private building permits increased 3.9 percent during the first half year of 2018.  If this trend continues for the second half year, the construction industry will perform well in 2019, since it takes a few months to start construction after permits are issued,” Chief State Economist Dr. Eugene Tian said.  “The value of government contracts awarded increased 151 percent during the first half of 2018.”

The DBEDT Quarterly Statistical and Economic Report contains 136 tables of the most recent quarterly data on Hawaii’s economy as well as narrative explanations of the trends in these data. 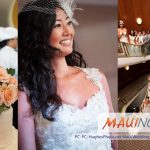 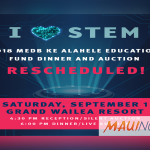