Maui Suspect in Mall Assault Has Prior Murder Conviction 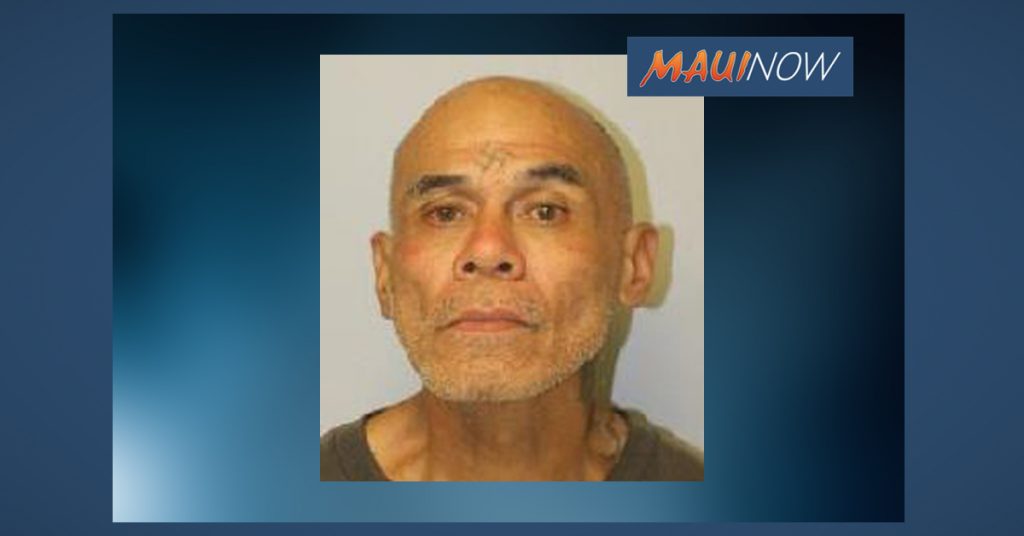 The man arrested and charged for the attempted sex assault of a woman in a bathroom at the Queen Kaʻahumanu Center last week, has a prior conviction for murder, Maui Now has learned.

According to a March 1979 article published in The Honolulu Star-Bulletin, Raymond Birano Jr. was 18 when he was accused of fatally stabbing Clendez Fernandez in front of the victim’s Kahului home. The incident reportedly occurred on June 18, 1978.  The victim was the stepbrother of Birano’s then fiancee, according to the report.  A psychologist who testified in the trial week-long trial reportedly described Birano as a “borderline schizophrenic” according to the article.

Authorities with the Department of Public Safety say Birano served time through March 16, 2011, with the exception of a five month period in 2002 (between Feb. 14 and July 22) when he was out on parole.  The parole board revoked his parole in 2003 and ordered that he serve his maximum sentence until March of 2011, when he was released for time served, according to Toni Schwartz with the Department of Public Safety.

Birano is currently a pre-trial detainee housed at the Maui Community Correctional Center since Wednesday, Jan. 9, 2019.  He is now 58-years-old.

According to Maui police, a 40-year-old woman was walking to the women’s bathroom in last week’s incident, when she was grabbed by a male offender who forced her inside the men’s bathroom and into a stall. The man allegedly pulled out a knife and threatened to sexually assault her, police said.

According to police reports, the woman was able to push the man away and ran out of the bathroom and notified mall security. The man fled the mall, but police say security personnel were able to catch him nearby and detain him until police arrived.  Maui police have since identified the man as Raymond Birano, Jr., and say his last known address was in Haʻikū.

Birano made his first appearance in Wailuku District Court on the new kidnapping and first degree sex assault charges from last week’s incident at the mall.  He is scheduled to appear again on Friday afternoon for a preliminary hearing.  According to court records, Birano was being held on $500,000 bail at last report.