Maui County crews are conducting damage assessments this morning after a powerful winter storm brought snow, hurricane force winds and warning level surf to the Hawaiian Islands over the weekend. Below is a rundown of updates as of 10:55 a.m. on Monday, Feb. 11, 2019: 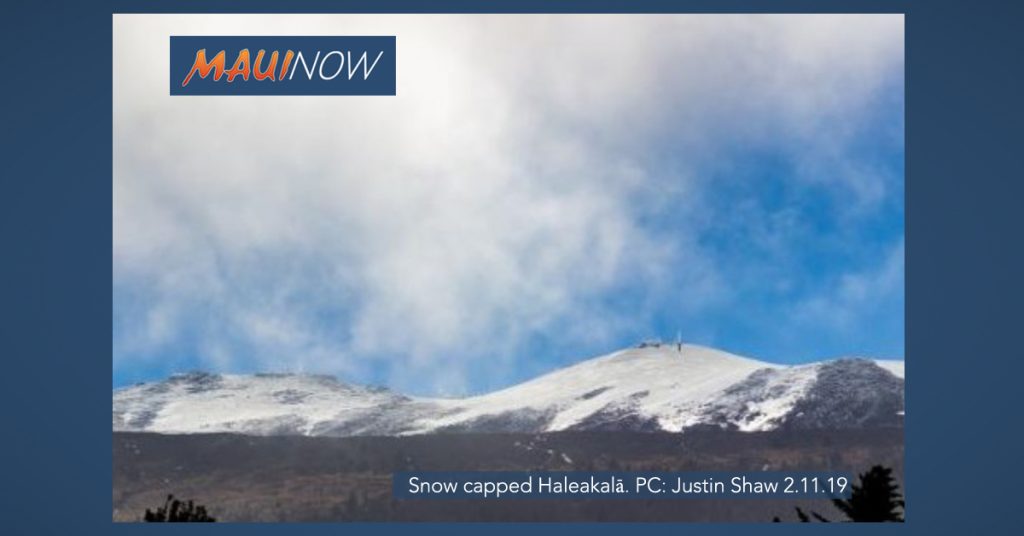 Haleakalā National Park remains closed as of noon today.  The  summit is impassable due to snow drifts on the road.  The exact amount of snow is unknown at this time.  There is no power in the Summit District. There were several downed trees yesterday blocking the road and this morning another one down.  All trees have been removed, according to Nancy Stimson with Haleakalā National Park.

As of 9 a.m., all Maui County roads are open except for Olinda and Piʻiholo roads, and Hāliʻimaile Road near Baldwin Avenue because of downed power lines and trees.  An estimated 455 customers were without power in parts of Haʻikū, Olinda and Piʻiholo this morning, according to a Maui Electric spokesperson. 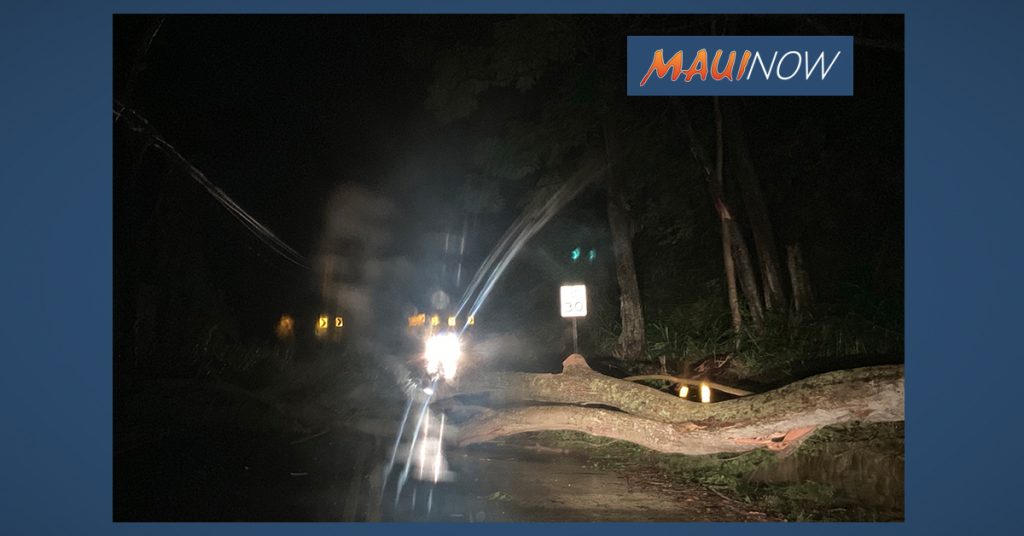 All public schools in Maui County are open. All Oʻahu public schools are closed today for the Hawaiʻi State Teachers Association’s Teacher Institute Day. On the Big Island of Hawaiʻi, there is a school closure at Honokaʻa High and Elementary School due to a power outage.

State Department of Public Health officials warned people to stay out of brown water in the ocean or on land because of the risk of contamination and infection. Also, refrigerated food that may have spoiled because of a power outage of four hours or longer should be discarded, officials advised.

The Waiehu Municipal Golf Course was open Monday morning, according to acting Department of Parks and Recreation Director Karla Peters. All west and south Maui beach parks have since reopened.  Baldwin, Hoʻokipa and Lower Pāʻia beach parks remained closed Monday because of flooding, which also forced the closure of ball fields.

All playing fields in West, South and Molokai are now open. All East Maui playing fields remain closed. Closed Central Maui fields are: Luana Gardens fields; Keōpūolani Park fields 1 2 and 3; War Memorial Little League fields 1 and 2 and Papohaku Park. All permitted users have been notified. For any additional questions regarding field closures, please contact the Central District at 870-2422 and East District at 357-6443. 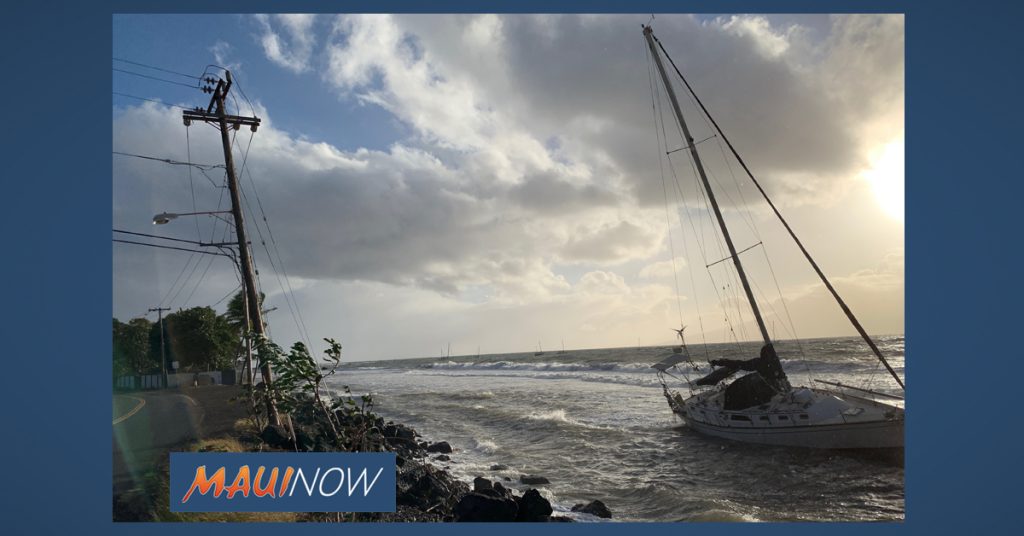 Salvage operations were ongoing for nine boats that washed ashore in West and South Maui and one grounded vessel on Molokaʻi.  There were no reports of pollution from spilled fuel.

All Maui Bus routes were up and running this morning, and the Lānaʻi ferry was operational, county officials said. Bus riders can download the Maui Bus app for the latest information and bus tracking.

All traffic signals were reported to be operational.

Crews from Maui Electric Co have since cleared lines from the road that had reportedly left three school buses stranded between in Haʻikū this morning.  The incident was reported at around 6:34 a.m. on Kaupakalua Road.

Kīhei, Haʻikū and Makawao residential recycling centers were closed over the weekend because of high winds, but they were back up and running Monday.

Maui Mayor Michael Victorino said he is asking residents and visitors to remain vigilant, especially of any downed power lines that may still be energized and dangerous. “Debris remains on roadways in numerous areas, so motorists need to exercise extreme caution as well. We pray this storm has passed, but we remain cautious of high surf on north- and east-facing shores this week,” said Mayor Victorino in a press release update.

Maui County residents and businesses are asked to report any storm-related damage by calling the Maui Emergency Management Agency at (808) 270-7285 or by reporting online by going to Mauicounty.gov.

“I want to thank all of the first responders, emergency repair crews, our partners and everyone for their diligence and dedication in responding to this severe winter storm,” Mayor Victorino said. 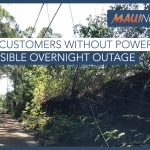 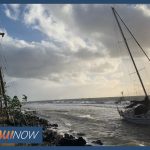