The Nisei Veterans Memorial Center announces the opening of its exhibit, “Loyalty, Courage, Sacrifice: the 442nd Story PART TWO.” The exhibit will be open to the public June 24 to Sept. 13, 2019 Monday to Friday 12 to 4 p.m.

On Jan. 28, 1943, the War Department announced that it was forming a Nisei combat team and called for 1,500 volunteers from Hawaiʻi. An overwhelming 10,000 men volunteered of which 2,686 were selected. They joined with the 1,182 Japanese-American recruits who volunteered from the continental United States, many from behind the barbed wire of internment camps.

By this date the 100th IFB had already been in the Mediterranean Theater for over nine months and had been involved in many significant battles. After the two units merged, the 100th IFB and the 442nd RCT formed a single infantry regiment. Together, they became the most decorated unit of its size and length of service in the history of the United States Army.

Part One of the NVMC exhibit, “Loyalty, Courage, Sacrifice – the 442nd Story,” ran in 2018 and featured the history of the regiment beginning with the formation of the 100th IFB and the attack on Pearl Harbor through the liberation of Bruyeres. Part Two will begin with the Rescue of the Lost Battalion and take us through the end of the war, including some of the significant contributions the men made within their communities upon their return.

The Nisei Veterans Memorial Center is a non-profit organization which owns and manages an inter-generational campus on Go For Broke Place in Kahului.  The campus serves as a home for Kansha Preschool, Maui Adult Day Care Center’s Oceanview facility, the Stanley Izumigawa Pavilion and the NVMC Education Center. 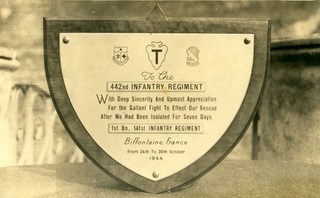 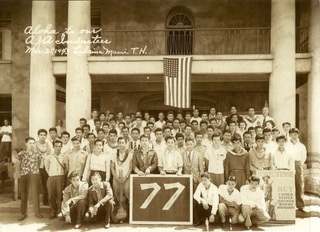 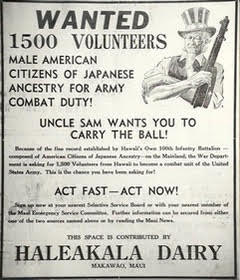 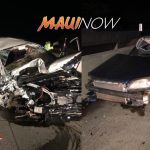