Mayor Michael Victorino asked residents and visitors to exercise caution Sunday in the wake of wildfires that have kicked up clouds of dirt and ash from Upcountry Maui to Kaupo and South Maui. 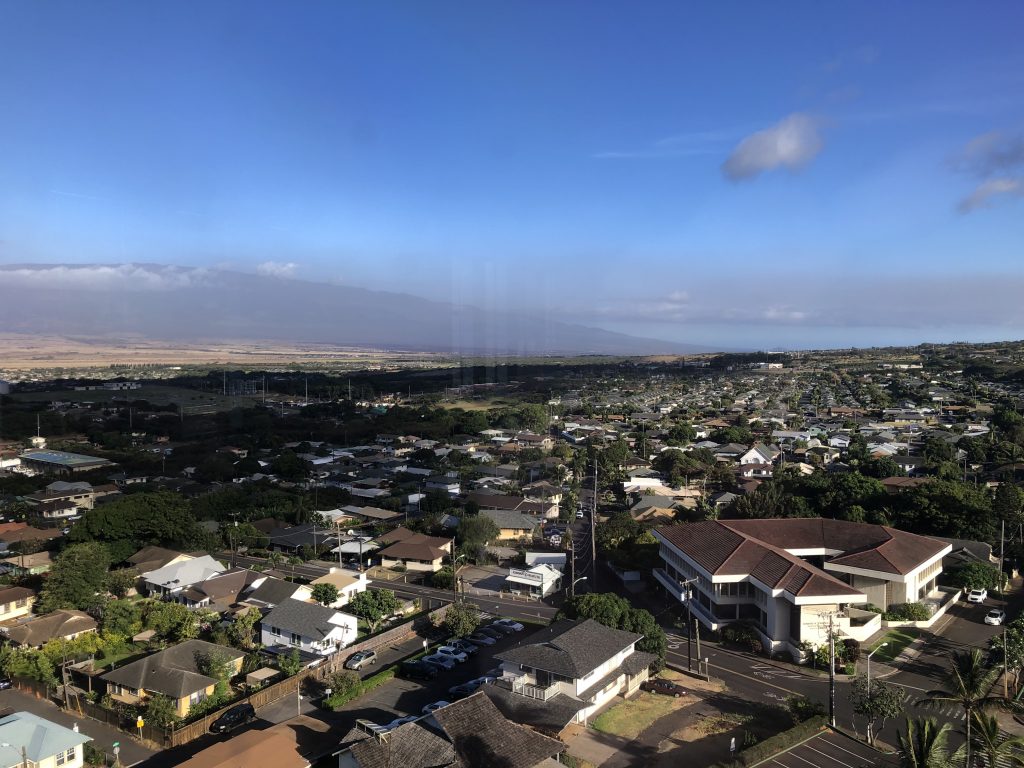 Mayor Victorino said he was concerned that windblown dust and ash might hamper visibility on roadways, including North Kihei Road and Maui Veterans Highway, and he said people with respiratory conditions should consider staying indoors, in air conditioning, if possible.

Fire flare-ups should be reported by calling emergency dispatchers at 911.

The Maui Fire Department maintained its containment assessment for the Central/South Maui 9,000-acre wildfire at 80 percent Sunday afternoon. Containment also stayed at 90 percent for the 200-acre fire first reported at 1:30 p.m. Friday in the vicinity of the new Safeway and Lowe’s in Kahului.

All roads remain open. There are no current evacuations.

Mayor Michael Victorino thanked firefighters who’ve been working tirelessly since the wildfires broke out Thursday and Friday. “Their selfless dedication to duty and to the protection of our community is an inspiration for all of us,” he said.